As part of its mandate of educating the public on the dangers of corruption and the benefits of its eradication and to enlist and foster public support in combating corruption, the Anti-Corruption Commission (ACC) through its Public Education and Outreach Department, teamed up with Campaign for Good Governance (CGG) in sensitizing the Joe Town Community comprising, Joe Town, Nyangba and Makandoh communities around Waterloo Village.

The meeting aimed at garnering the full participation of the community people in the fight against bribery and demonstrating the use of the PNB APP and the 515 toll free line.

Giving an overview of the PNB Project and the various ways by which reports can be made, Monitoring & Compliance Officer, Hawanatu Tejan said the PNB Project was borne out of a survey conducted in 2013, in which a very high percentage of respondents accepted to either giving or receiving bribe before accessing essential social services. This according to her was the reason why the UK Government through the Department for International Development (DfID) decided to support Sierra Leone through the Government in minimizing the occurrence of bribery and corruption: hence the birth of the PNB Project. She continued that the project targets five MDAs for a pilot phase which includes; the Ministries of Education, Science and Technology and Health, the Sierra Leone Police, Electricity, Distribution and Supply Authority (EDSA) and the water sector-GUMA Valley Water Company and the Sierra Leone Water Company (SALWACO).  She also noted that the project is piloted in four districts. Ms. Tejan went on to explain the various methods of reporting bribery citing the PNB APP, the website and the 515 toll free line and encouraged the community people to make their reports within working hours.

Campaign for Good Governance (CGG) representative, Sahr Kendema, explained the meaning of bribery, giving a vivid description of what constitutes bribery. He further went on to discuss the reasons for calling the 515 toll free line to report as this line is seldom used compared to the APP. He noted that the beauty of this line is that it cuts across all networks, anonymous in nature and does not incur any charges. Mr. Kendema further informed the community people that they should report incidences of bribery for the development of their communities and appealed to them to take the PNB messages to their various communities. Whilst demonstrating how the PNB APP operates, the Civil Society crusader took the community people through the process of reporting in their local dialect themne and admonished them to make good use of the reporting methods in order to reduce incidences of bribery in their communities. Summing up, he spoke about the processing of these reports from the PNB database to the various MDAs and some of the actions that are taken in order to address these issues which include transfer or even termination.

Communications Officer, Margaret Jones spoke on the normal reporting system the Commission operates. She said that there are various ways in which reports can be made to the Commission but for them as community people the most important ones are the toll free lines which are Airtel, 161 and 077-985-985 and 077-986-986 using the Africell network.

Earlier the Village Head, Pa Thomas Koroma in welcoming the team said he was happy and appreciated the efforts of the Commission for bringing the PNB message to his community.

The programme was chaired by the Head of the Public Education Unit, Michael Sesay.Start writing here... 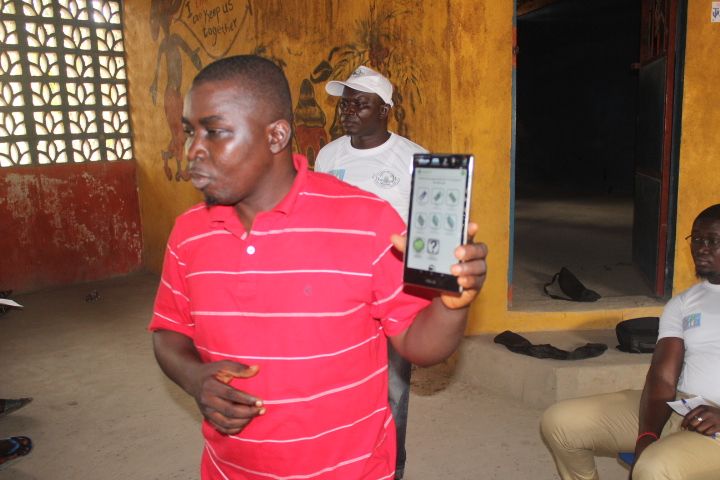 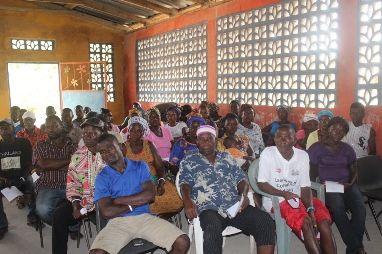