NEWS STORY
The visible occurrence of malfeasance in particularly public exams seems to pose the question ‘How can learners be properly evaluated, if exams are most often riddled with bribery and other forms of cheating?’ This being a desperate concern, the Anti-Corruption Commission (ACC), in collaboration with major education actors, has called the attention of exams supervisors and invigilators to conduct the ongoing public exams free of malpractices. The call came in a meeting held in the United Methodist Church Primary School Hall, Koidu City, on Thursday 13 August 2020.

While delivering a statement at the engagement, manager of the ACC office in Kono, Hawanatu O. Kamara, decried exam malpractice as being utterly wrong and dangerous to the country’s educational system. Mrs Kamara particularly stressed that exam malpractices can kill the purpose of schools, and consequently deteriorate the nation’s ability to thrive in terms of sustainable development goals. She called on all parties to stand up to cheating in public exams as a sign of serving conscience and country.

On the position of the ACC on this desperate issue, the manager disclosed that legal actions will be instituted against anyone who has been accordingly found wanting. She referred to ‘Offence of Academic Malpractice’ in Section 15 (3) A and (4) A of the Anti-Corruption Act 2008 as Amended in 2019. “This offence makes it a criminal offence, and a person found guilty will be liable to a fine not less than Le 50,000,000 or a prison term not less than five years.” Or, the manager further said, both fine and prison could be served.

The manager dispelled any fears that the ACC targets teachers, furthering that the Commission greatly respects them and their profession. ‘The ACC doesn’t pick on teachers. It is simply determined to deliver on its legal mandate to fight against corruption – a fight in which teachers themselves have an important role to play. So we are partners,’ the manager said.

ACC Public Education Officer, Aiah P. M. Sourie, who chaired the meeting earlier said in his opening remarks that government expends huge amounts of funds to improve on the educational system in the country, stressing that every well-meaning Sierra Leonean therefore should consider supporting the Free Quality Education program for the good of all. He added: ‘If learners merely receive grades and not earn them, and eventually get jobs in the public sector by some unfair means, the government wage bill will hike with a challenge.’

In his contribution the Deputy Director of Education in the district, Alimamy Kamara, also roundly condemned cheating in exams. He encouraged the supervisors and invigilators assigned to the twelve exam centres, nine of which are located in the municipality of Koidu City, to adhere to all the ethos around the conduct of the ongoing public exams.

Mr. Kamara commended the conduct of the National Primary School Examinations (NPSE), which were administered on Monday, 3rd August 2020. He said there were no reported incidents of malpractices, and that was ascribed to the vigilance of the invigilators and supervisors of the NPSE as well as the active role played by Kono District Education Task Force on monitoring public exams, of which the ACC is a key player.

Questions and comments from the principals and teachers climaxed the engagement. 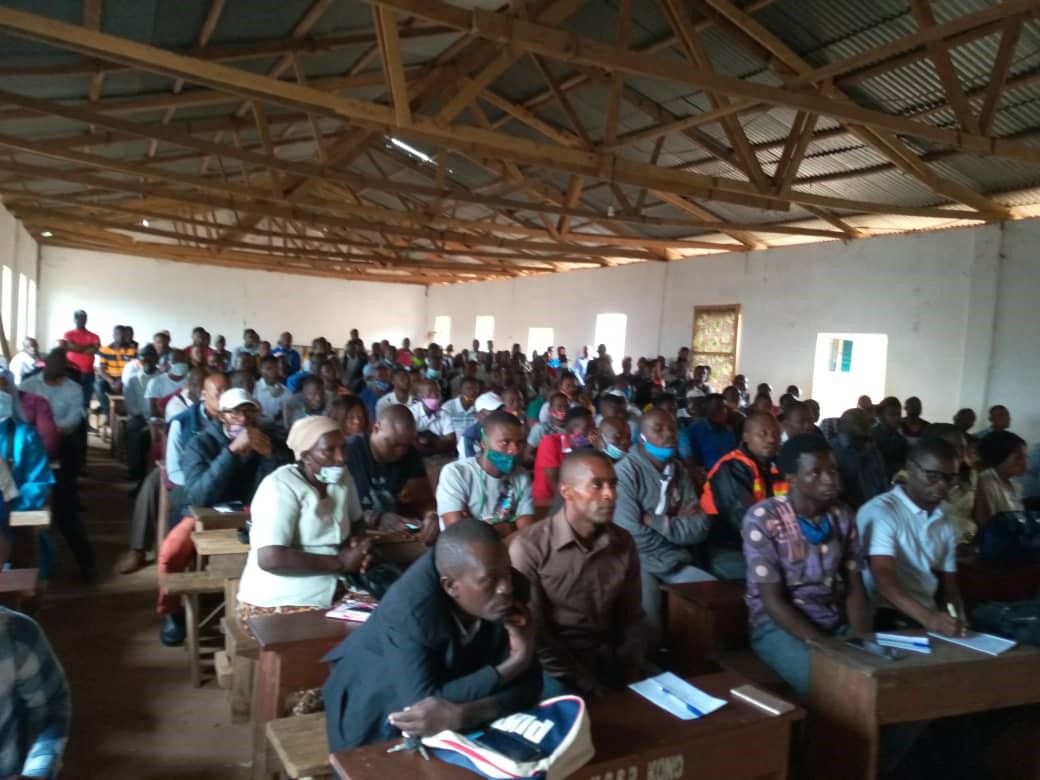