ACC AND NaCSA SIGN ANOTHER MOU FOR ‘GIE TRENK’ PROJECT

The Anti-Corruption Commission (ACC) and the National Commission for Social Action (NaCSA), have on Friday 13th November 2020,signed an addendum Memorandum of Understanding (MoU), to further strengthen the existing relationship between the two institutions.

The MoU is also meant to help the ACC provide support to NaCSA in the implementation of the Sierra Leone Community Driven Development Project, (SLCDDP) also known as ‘Gie Trenk’, supported by the Islamic Development Bank.

It could be recalled that the inclusion of the ACC in the World Bank-supported Social Safety Net (SSN) Project has helped to the successful implementation of the project, something the two institutions want to see replicated in the SLCDD Project.

Speaking at the event, the Deputy Commissioner of ACC, Augustine Foday Ngobie, said about a month ago, the two institutions have had discussions around the joint implementation of the SLCDD Project being factored into the already existing MoU between the two institutions.

He said the ACC was satisfied with the contents of the addendum MoU and therefore pledged the Commission’s unflinching support to the SLCDD project. Like the SSN project, he said, the ACC will ensure that the SLCDD project succeeds in the interest of its beneficiaries.

In his statement, the Commissioner of NaCSA, Abu Bockarie Kokofele, started off by thanking the ACC leadership for all the support they have been providing to ensuring transparency and integrity in NaCSA’s operations, especially the flagship SSN project.

He said providing a grievance redress mechanism (GRM) component to major projects is becoming the vogue to ensure that beneficiaries have an opportunity to participate fully in issues that affect them under the project.

He made reference to the GRM component of the SSN project, which the ACC has effectively handled over the years; something, he said has helped to maintain donor confidence.

Earlier, the SSN/GRM Coordinator at the ACC, Patrick Morovia, who also chaired the short programme, spoke on the massive results the two institutions have achieved from their collaboration in the SSN project; something he said will be extended to the SLCDD project.

The high point of the ceremony was the signing of the addendum to the MoU by the Deputy Commissioner of ACC, Augustine Foday Ngobie and the Commissioner of NaCSA, Abu Bokarie Kokofele. 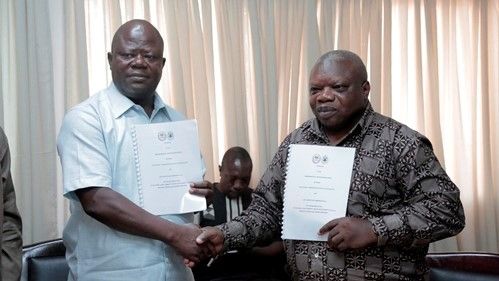 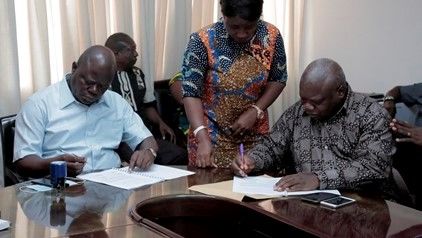 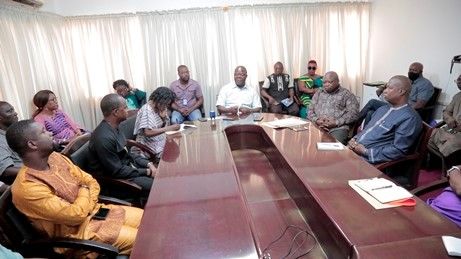