ACC DEPUTY SPEAKS ON BENEFITS OF MEMBERSHIP STATUS AT IACA

Shollay Davies was speaking after attending this year’s Assembly of Parties of IACA in Vienna. The event saw the re-election of the Executive and Members of the Board of Governors of the IACA in line with Rule 22 of the Rules of Procedures for the Assembly of Parties. It was also used as a forum to present activities of the Academy and work programme, as well as to raise funds for financial stability.

The Assembly also called for commitments to turn aspirations into realities and potentials into results.

At the opening of the Assembly, the Chairperson of the Board of Governors Dr. Eduardo Vetere noted that IACA has been able to deliver on a wide range of innovative masters programmes and open and tailor-made capacity building programmes. Mr. Vetere said that all the programmes of the IACA have inclusive and geographically diverse participation from across the globe.

This year’s Assembly comprised 73 national and institutional delegates from all regions of the world and Sierra Leone was represented by the Deputy Commissioner and the Head of Resource Centre at ACC, Eustacia Kabia.

Sierra Leone only enjoys an observer status as it is yet to ratify the protocols for membership into the IACA Assembly.

The Deputy Commissioner of ACC said that the country needs to take steps necessary to sign the Protocol of Accession as that would create opportunities for the country to benefit from discounts offered to member states, as well as other privileges.

Mr. Davies said that two staff of the ACC have already benefitted from the Masters in Anti-Corruption Studies programme of the IACA, adding that the country would derive more benefits if it attains a membership status.

A budget of about 4.9 billion Euros to cover expenses for 2019 was approved, with resolutions to strengthen the Academy’s library, covering an agenda for the Fifth Session for the Assembly of Parties in 2019 in Azerbaijan.

The IACA was established in 2010 to address capacity challenges within member states, a strategy to address the issue of corruption. 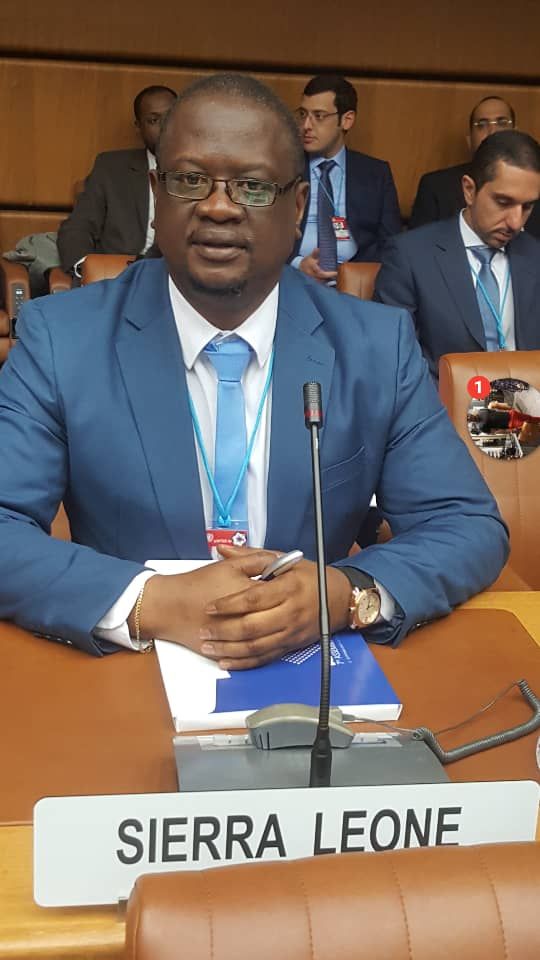