The Northern Regional Office of the Anti-Corruption Commission (ACC) continues to heighten public awareness and forge partnership with strategic institutions in the Region in a bid to combat bribery and petty corruption. On Tuesday 9th October 2018, the Office engaged officers of the Mafanta Correctional Service in Mafanta Village, Tonkolili District.

ACC Regional Manager North, Abu Bakarr Kamara described the mandate of the Correctional Service as critical in the justice sector architecture, which is one of the sectors under the Pay No Bribe (PNB) campaign.

Mr. Kamara gave update on the status of the campaign which was launched in September 2016 to address the chronic nature of bribery in the society as a result of weak systems in State institutions.

He said the judiciary, police, water, electricity and education sectors are being used as a model in the implementation of the project which would be extended to other sectors in the future.

The Regional Manager said, the PNB has helped improve systems in public institutions, but that more concrete actions needed to be taken by the selected Ministries, Departments and Agencies (MDAs).

He urged senior management of the correctional service to make the Integrity Management Committee (IMC) more functional and ensure they work within the ambit of the law.

ACC Public Education Officer Abdulai Saccoh highlighted some of the drivers of the solicitation of bribes; including lack of integrity, laziness, unhealthy competition, breach of procedures, abuse of discretionary authority, greed, lack of transparency and accountability and weak or absence of proper management and regulatory systems.

Mr. Saccoh stated that the campaign is not to put MDAs in a negative light but rather to provide them with empirical information on bribery patterns and trends in their institutions. He urged the officers to ensure fair treatment of inmates, maintain transparency in the handling of inmate ration, discourage unscrupulous people from interfering with their job, ensure regular sensitization of staff on the PNB, ensure yearly and timely declaration of assets, and to maintain integrity in the exercise of their duties.

In his statement ACC Public Education Officer Abdul Karim Bangura gave an overview of the PNB campaign, noting that citizens can only realize its benefits when they are willing to report acts of bribery.

Mr. Bangura admonished his audience to make use of the PNB reporting platform to make reports.

The Officer in Charge, Mafanta Correctional Service, Assistant Superintendent (ASP), Moses B. Conteh commended the ACC for interacting with them on the PNB campaign and appealed for such engagements in the future.  ASP Conteh urged his colleagues to heed to ACC advice and work within the ambit of the law.

The presentation of PNB information, education and communication materials formed the high point of the meeting. 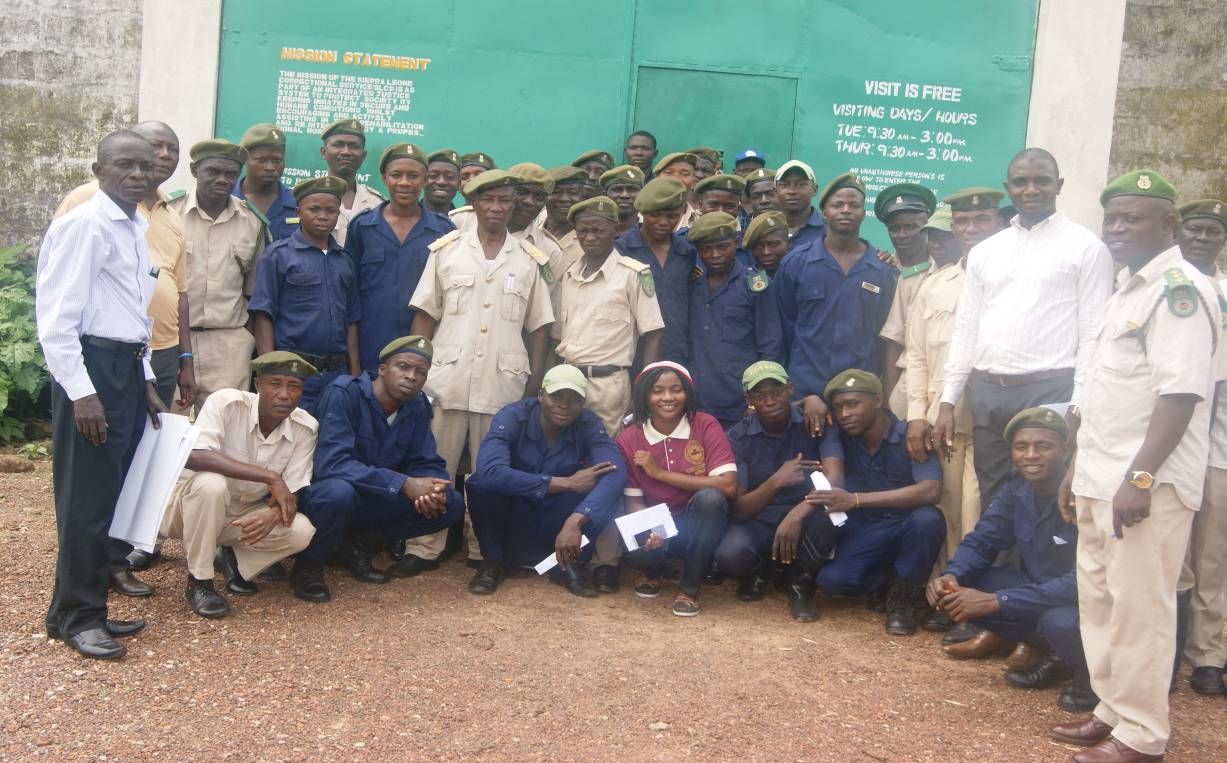