Enhancing effective service delivery in public sector institutions reaffirms the Anti-Corruption Commission's commitment to addressing systems weaknesses within ministries, departments and agencies (MDAS) of Government.  It is in this regards that the North-Eastern Region Office of the Anti-Corruption Commission (ACC) engaged personnel of the Magburaka Police Division on Tuesday 18th September 2019 in Magburaka.

Speaking at the event, ACC Public Education Officer, Abdulai Saccoh, reaffirmed the determination of the Commission to continue to join forces with pillars of integrity to institute anti-corruption measures in the public workplace. Mr. Saccoh spoke on the issue of bribery as informed by complaints received from members of the public. He described bribery as a menace which has far-reaching effects on the socio-economic wellbeing of the people.

The Public Education Officer reminded the personnel of their constitutional mandate to maintain public order and security, adding that the SLP is a dignified institution that should not allow the actions of few unscrupulous personnel to bring the police force into disrepute. He reminded his audience that soliciting or accepting anything of monetary value to perform or abstain from performing duties amounts to an offence under the Anti-Corruption Act, 2008.

Mr. Saccoh catalogued some anti-corruption measures to mainstream in ensuring judicious utilization of subventions received from Government, enforce disciplinary measures amongst staff, personnel compliance to the assets declaration regime, etc. He implored them to imbibe the values of impartiality, professionalism, selflessness, integrity, transparency and accountability in the discharge of their duties.

In his statement, ACC Public Education Officer Abdul Karim Bangura, said that though the two institutions have their specific mandates, it is incumbent on them to work together to rebrand the image of the country. Mr. Bangura said as a law enforcement agency, they should dispense their duties in accordance with the law. The Public Education Officer said low salaries should not be used as an excuse to solicit and accept bribes. He urged his audience to remain resolved to change the negative perception some people have about the police force.

Earlier, the Local Unit Commander, Magburaka Division, Superintendent Alphonso A. Fambulleh, commended the ACC for its public education drive and described it as a prevention tool to broaden their knowledge about corruption issues. He added that such engagement also serves as a check on the wrongs committed by some personnel. Superintendent Fambulleh encouraged his personnel to imbibe the values of integrity at all times.

A question and answer session formed the high point of the meeting. 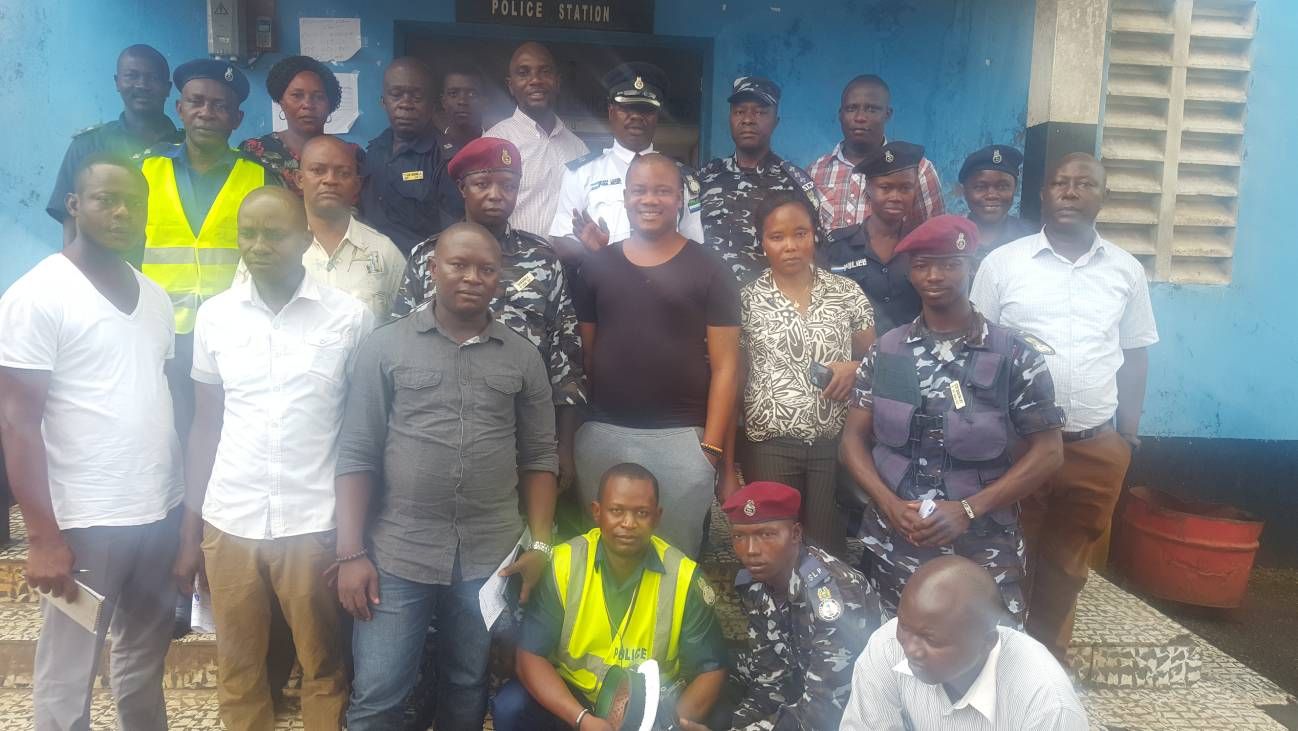