According to the agreement reached with the ACC, as settlement, MR. EMONEH has paid in full the total sum of Forty Million Leones (Le 40,000,000), being funds misappropriated; which is held by the ACC for return to the Mayor of Freetown, as the said funds were meant to be used to pay stipends to one thousand youths in the cleaning exercise at the end of April 2019, but was instead appropriated by the said Coordinator acting in concert with other persons while the workers remained unpaid since then.

The Mayor of Freetown or her Designee has been notified to collect the money so that the workers outstanding fees can be paid accordingly.

The ACC has cautioned MR. HAMID EMONEH, whilst the file remains in view, should there be a recurrence of such attempted corrupt use of public funds.

The Commission wishes to reassure the public of its commitment to protecting government revenue at all times. 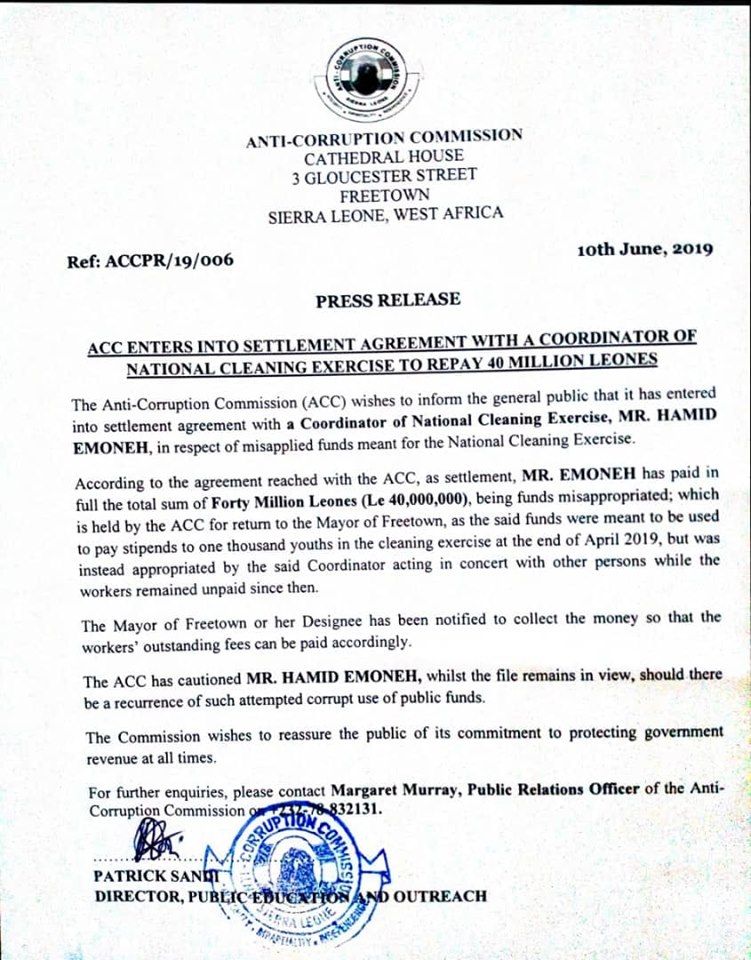