The Anti-Corruption Commission (ACC) has on Friday 28th February, 2020, signed a Memorandum of Understanding (MoU) with Youth Build Sierra Leone and Pay No Bribe Animators Sierra Leone in order to strengthen the alliance for the fight against corruption in the country.

This event took place at the Conference Room of the ACC’s 3 Gloucester Street Head Office in Freetown.

Speaking at the event, the Deputy Commissioner of the ACC Augustine Foday-Nogbie appreciated the two community based organizations for their call on the ACC for a partnership. He said he was amazed to see youths committing to the fight against corruption, which he characterized as a huge step in the anti-corruption campaign. He described corruption as an abstract phenomenon that creates serious damage to a society and therefore should be eradicated with urgency. The Deputy Commissioner said the ACC has the legal responsibility to provide leadership for the fight against corruption, adding that, with organizations coming onboard is a plus to the Commission’s goal. Mr. Nogbie admonished both organizations to be abreast with the provisions of the anti-corruption legislation in a bid to prepare them well for the tasks ahead. He assured the two organisations of the Commission’s determination to keep to its side of the MoU.

Expressing his gratitude for the meeting, the National Coordinator, Pay no Bribe Animators Sierra Leone Tamba Mondeh pledged his organisation’s commitment to ensuring they provide the required support to the work of the Commission. He added that the operations of the Commission -and what constitutes corruption- is not a new phenomenon to them. He said, having worked with the Commission under the Pay No Bribe campaign, they will ensure they continue to work tirelessly to tackle cases of bribery in the country.

Chief Executive Officer of Youth Build Sierra Leone Mohamed R. Sesay, in his statement, extended his appreciation to the Commission for the confidence reposed in them to sign the MoU. He described his organization as a non-governmental, non-political, social enterprise that promotes skills development amongst youths and other vulnerable groups in the community. Mr. Sesay said his organisation has been engaging youths in a bid to transform their lives and impact moral values and integrity in them. He said youths are the ones who must be at the forefront of the fight against corruption as they have been the spine of many revolutions in history. He pledged his organisation’s commitment to join the fight in eradicating corruption in the country, as well as look forward to a productive and excellent partnership with the ACC.

Earlier in his opening statement, the Director of Public Education and Outreach Department at ACC Patrick Sandi, heartily welcomed the two organisations, adding that  this is the first time the Commission is partnering with organisations from the North-East City of Makeni.

The event was climaxed by citation of the main provisions of the MoU, which was done by Koma Gandy-Williams. 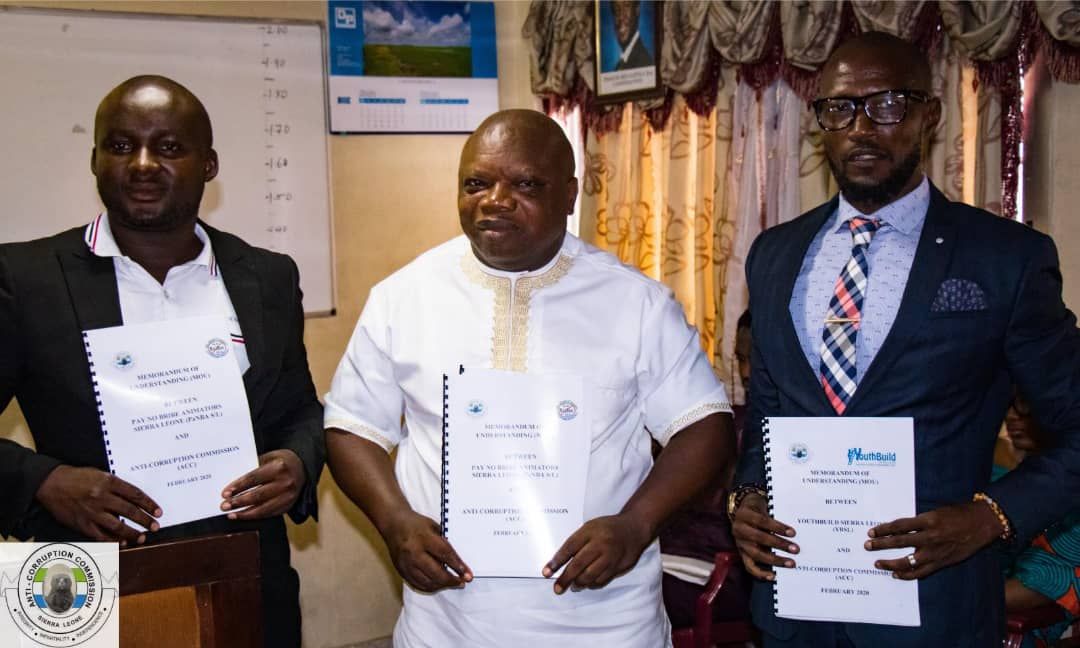 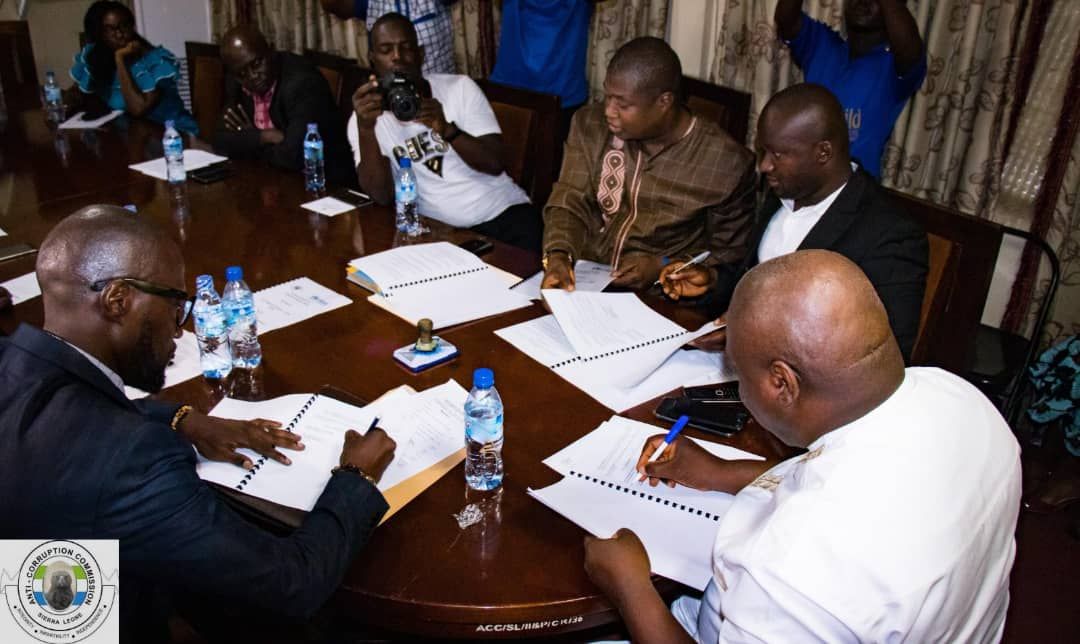