The Anti-Corruption Commission (ACC), on 24th April, 2020, filed an indictment against ALHAJI MOHAMED FODAY KAMARA, Supervisor of Schools and former Caretaker Principal of Schlenker Secondary School, Port Loko, and of 16 Lungi Road, Port Loko, on four (4) counts of corruption offences bordering on Misappropriation of Public Funds and Property, contrary to Section 36 (1) of the Anti-Corruption Act No. 12 of 2008.

Similarly, between 1st June and 30th June, 2019, ALHAJI MOHAMED FODAY KAMARA, in his capacity as Supervisor of Schools and Caretaker Principal of Schlenker Secondary School, Port Loko District, misappropriated the sum of Six Million Leones (Le 6,000,000.00), being funds intended for the payment of Departmental Support to Heads of Departments of the School.

Meanwhile, the indictee is expected to appear in the High Court Holden at Makeni on a date that will be determined by the Master and Registrar when court session resumes.

The Commission wishes to reassure the general public of its continued resolve to curbing corruption at all levels in Sierra Leone. 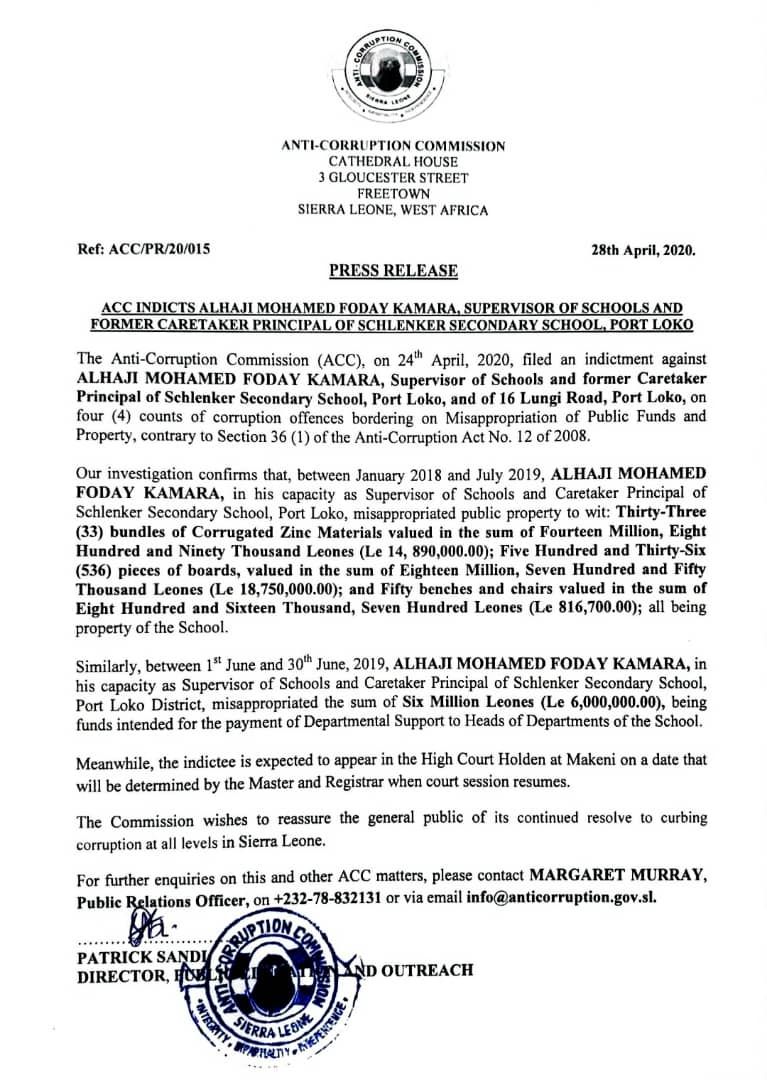