The Anti-Corruption Commission (ACC) Regional Office in Kono, on the 15th through to the 17th June 2021 held community outreach and stakeholders’ engagements in Punduru, Gorama Mende Chiefdom and Madina and Masabendu in the Nimiyama chiefdom. The meetings were part of the Commission’s relentless efforts in empowering the grassroots with anti-graft messages and solicit their support in the fight against the scourge.

The three communities; Punduru, Madina and Masabendu have huge mineral deposits of gold and diamonds resulting to over seventy percent of their inhabitants relying on alluvial mining for their daily subsistence. Both chiefdoms provided concession area for the multinational Sea Wright Mining Company over the past five years.

Sea Wright on its part has funded several development projects including payment to land owners as a fulfillment to its obligation but all of these including other donor and government funded projects have not changed the lives of the people as they still remain in abject poverty due to corruption.

Explaining the rationale for the engagements, the Regional Manager, Hawanatu O. Kamara stated that the motive of the engagements with community people is to ensure effective partnership for community development and corruption prevention in project implementation. She also said, the fight against corruption is a national concern that requires the involvement of every Sierra Leonean.

On the utilization of the Surface Rents and the Diamond Area Community Development Funds (DACDFs), she advised that all recipients of the funds be very transparent in their use, emphasizing that any misuse will trigger investigations and possible indictment by the Commission. She concluded by elaborating on the protection methods for witnesses and whistle blowers and the various methods of reporting corruption offences to the Commission by contacting the 37 Masingbi Road Office in Koidu City and also by calling the 515 and 077-985985 toll free lines.

Alpha G. Koroma, Senior Investigation Officer explained to the attendees some of the offences under part four of the Anti-Corruption Act of 2008 as amended in 2019 that are often committed by community stakeholders. He highlighted the following: soliciting and accepting an advantage, bribery, misappropriation, receiving gifts and embezzlement of project and community funds and other resources, among others.

He further explained that rural communities still remain in persistent poverty because of corruption and that the Commission is mandated to investigate all instances of corruption offences reported to it by the public. SIO Koroma also informed the participants that any individual convicted of a corruption offence will be fined not less than 50 Million Leones or serve a prison term of not less than Five years or both and therefore urged all to see corruption as an enemy instead of a profitable enterprise.

Highlighting the gains of the ACC under the Francis Ben Kaifala leadership, Public Education Officer, Sam P. Gogra highlighted the recovery of over 30 Billion Leones and other physical assets including a hotel in Koidu City and two Government vehicles which had been handed over to the State.  He noted that these achievements among others serve as pointers of the Commission’s commitment and determination in winning the war on corruption.

Earlier, Town Chief of Punduru, Kennie Ngeyawo whilst welcoming the ACC Team, lauded the Commission for its first awareness raising exercise and the empowerment of his people noting that, his community has never been consulted or involved in the planning and implementation of developmental projects by development partners, a situation he said has resulted in the poor quality service delivery in his community to the disadvantage of his people.

Alhaji Amadu Kamara, one of the Town Advisers in Masabendu, on behalf of his community commended the ACC Team for the sensitization meetings and promised to support the Commission always in the fight against corruption. Other participants including Women and Youth leaders, Imams, Pastors, Teachers, Heads of various community organizations also made meaningful contributions during the engagements. 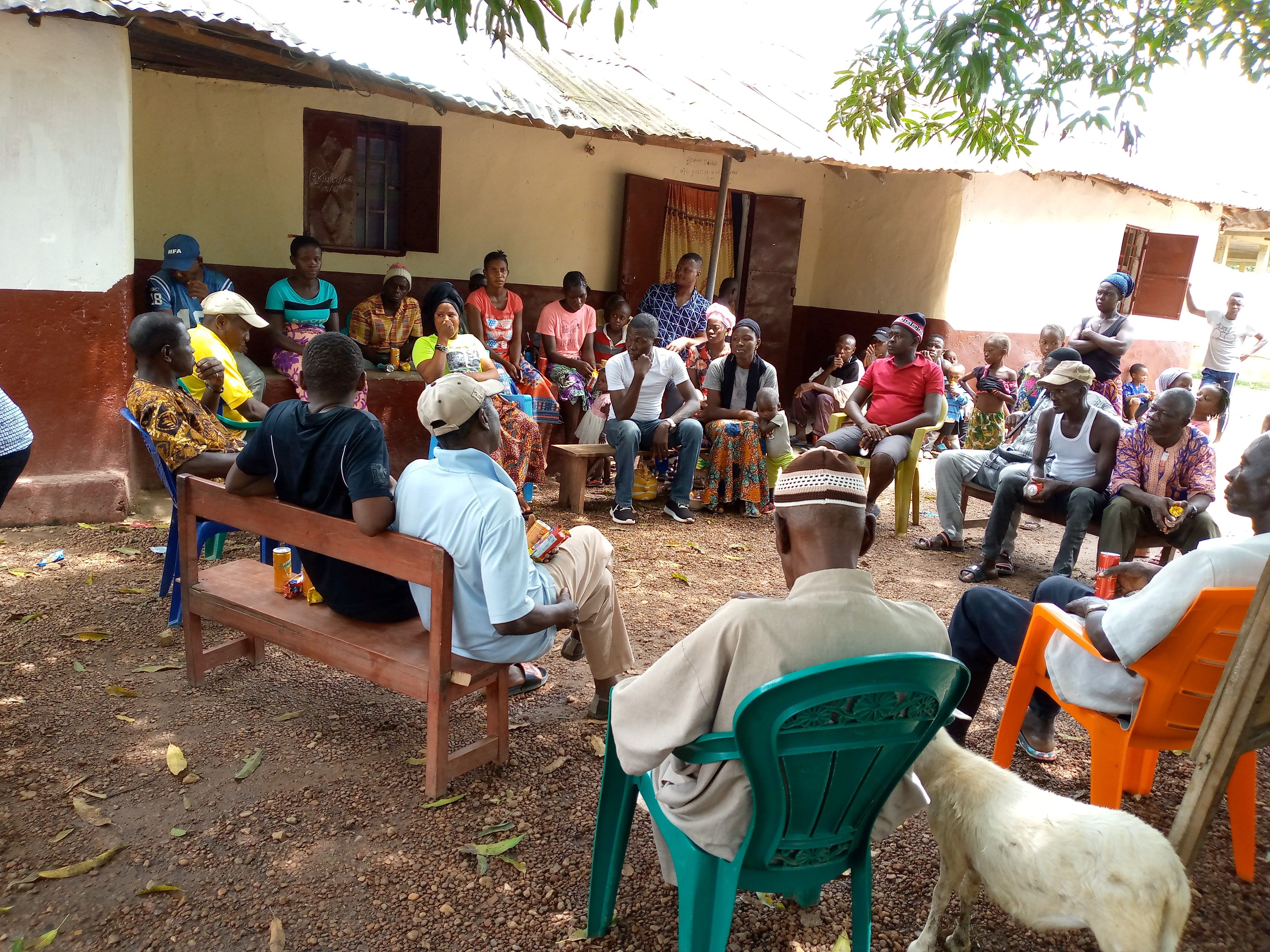