The Regional Manager of the Anti-Corruption Commission (ACC) in the North-West Region, Al-Hassan Sesay has told Sierra Leone Police personnel in Kamakwie that actions of Police officers should resonate and uphold the mantra of being a FORCE FOR GOOD.

This comes after the national corruption perception survey report conducted by Center for Accountability and Rule of Law that named the SLP as the most corrupt institution in Sierra Leone.  At a customized meeting with personnel of the Kamakwei Police Division on the 31st July 2020, he urged the leadership of the SLP to change this ugly perception held by the public about the institution. “Your actions should not be seen defeating or conflicting the mantra of the SLP,” he emphasized.

Manager Sesay said the ACC values the relationship between the ACC and SLP and expressed the need to deepen interaction and foster collaboration through public engagements and sensitization, while at the same time informing them about the ACC regional office located in Port Loko City. He went on to state that as police officers they are to play a critical role in maintaining law and order and to fairly dispense justice without fear or favour with keen attention to their interaction with the public and maintaining best practices in their operations. He noted that even though the SLP is a responsible partner to the ACC, issues of corruption and of public interest will be treated by the ACC with utmost concern.

Commenting on the corruption perception survey, Manager Sesay said the national corruption perception survey report that placed the Sierra Leone Police as the most corrupt institution was determined as a result of public interaction and visibility with Police officers and therefore urged the SLP’s senior management board to see the report as an opportunity for reforms and continuous engagement to address corruption vulnerabilities in the SLP. He outlined and explained related corruption offences and informed them that with the 2019 amendment act of the ACC, fines and jail terms have been increased to five years and fifty million Leones respectively, cancellation of contracts deemed not in the interest of the public and made provision for trial in absentia.

The Regional Manager expressed dismay over numerous public complaints indicative of soliciting and extortion of monies on the issue of bail in Police stations across the country. “Bail is free and the process and conditions are clear on it with no financial attachment,” he emphasized.

The Local Unit Commander Superintendent Koroma Vandi in his welcome address expressed thanks to the ACC team for sensitizing them and promised to cascade the message to other police officers in the district of Karene, noting the need for effective collaboration and sustained public education engagement.

Public Education Officer Mohamed Thullah who spoke on the role of senior management in the fight against corruption accentuated the significance of maintaining ethical standards and high sense of integrity with a meaningful demonstration of supporting and resisting demands of corruption. Thullah highlighted various methods of reporting corruption and underscored the central role reporting corruption occupies in combatting same.

Question and answer session followed by presentation of IEC materials formed part of the engagement. 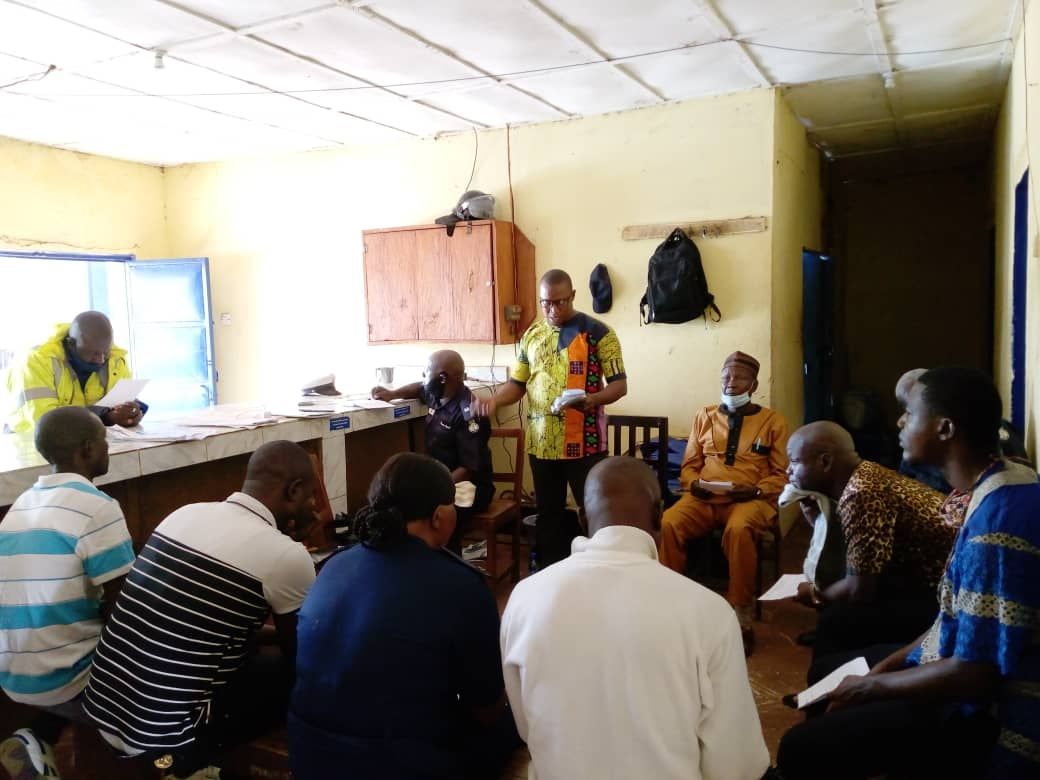 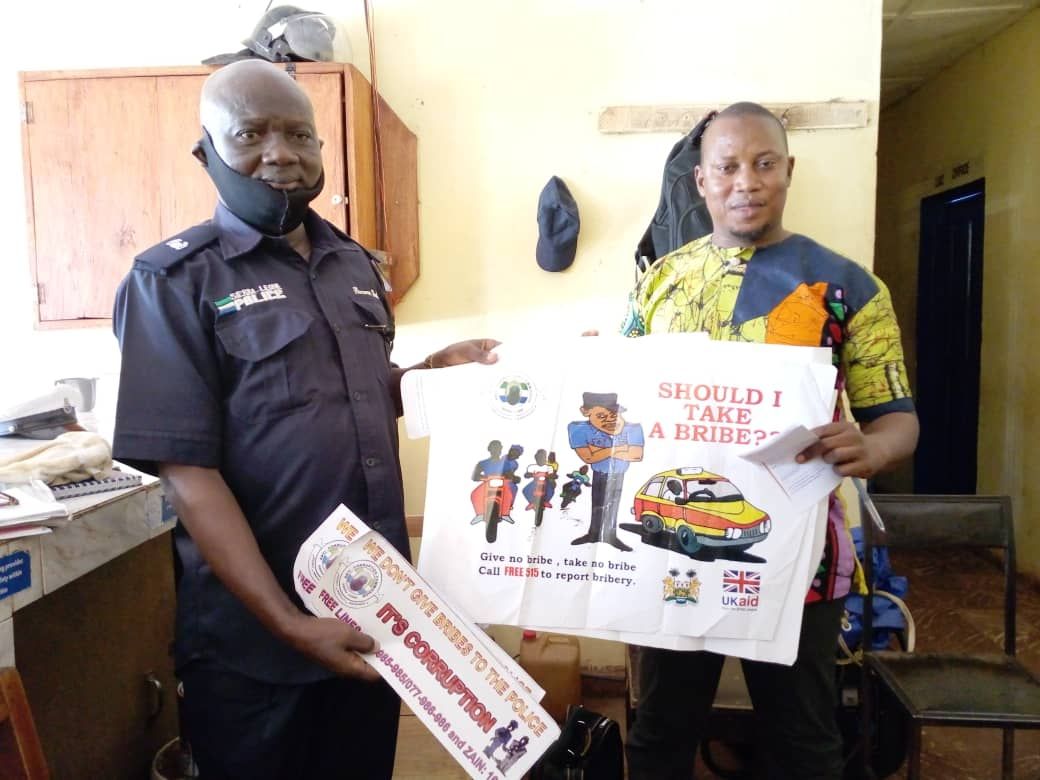