The Public Education and Outreach Unit of the Anti-Corruption Commission (ACC) office in Kono on 19th January 2021 organised a customized meeting with senior officers of the Sefadu Correctional Centre in the office of the Officer-in-Charge to raise awareness on corruption issues and institute anti-corruption measures in the operations of the centre.

This is part of the Commission’s strategy to deepen partnership engagements with Ministries, Departments and Agencies in an attempt to tackle corruption in public service operations within the district.

The meeting was intended to beef up the resolve of the officers to ward off corruption by upholding due diligence with regard to the treatment of inmates and the management of resources earmarked for the efficient and effective running of the facility.

Delivering her statement, the ACC manager in the eastern district highlighted the importance of partnership in the fight against corruption, adding that the Commission has made praiseworthy achievements largely on account of fruitful integrity partnerships with various institutions across the country.

Hawanatu O. Kamara said institutional teamwork with a focus on fighting corruption does not only represent a strong collective national voice against a common foe but also a motivating factor to strengthen the campaign. In this synergy, she implored the officers to work harder in order to maintain the right systems and procedure standards at work.

‘I encourage you to always prudently use funds and property for the Centre. This will take individual officers to show a high level of transparency and accountability as you service the public. Your actions will speak quite louder than just your voice in the fight against corruption,’ the manager said.

The officers also received updates on the successes of the Commission in 2020, specifically relative to cash and property recovered including, the 47 laptop computers that were said to be missing at the National COVID 19 Emergency Response Centre, and the Two Hundred and Fifty-four Million Leones recouped in respect of issues connected with the machines.

According to the officer, 775 potential corruption cases in 2020 as against 603 in 2019; and 25,517 asset declaration forms in 2020 as against 17,212 in 2019, further indicates evidence of the Commission’s success stories last year. These and many other wins scored by the anti-graft leader have aroused confidence in Sierra Leoneans that the fight against corruption is indeed a serious business.

Mr. Sourie however stated that the successes in 2020 should serve to urge all public officials to work harder than before, in order to register more inroads to thwart corruption to drive fast the socio-economic efforts of the Government.

Earlier, Patrick Hinga George, Social Safety Net Monitor attached to the ACC office in the district, said although corruption is usually a corporate enterprise it is often aided by personal decision. That is, he explained, a choice is always made to commit an act of corruption.

He also implored the prison officers to make an informed decision to resist the slightest temptation to corruption; first, personally, and then, collectively as leaders in administering the facility.

Alusine Kamara, Officer-in-Charge of the Sefadu Correctional Centre, said in response to the ACC message that the Commission plays an important role in preventing corruption through engagements with public institutions. He congratulated the Commission on its many successes, and pledged that he would ensure he and his senior colleagues uphold best standards at all times. 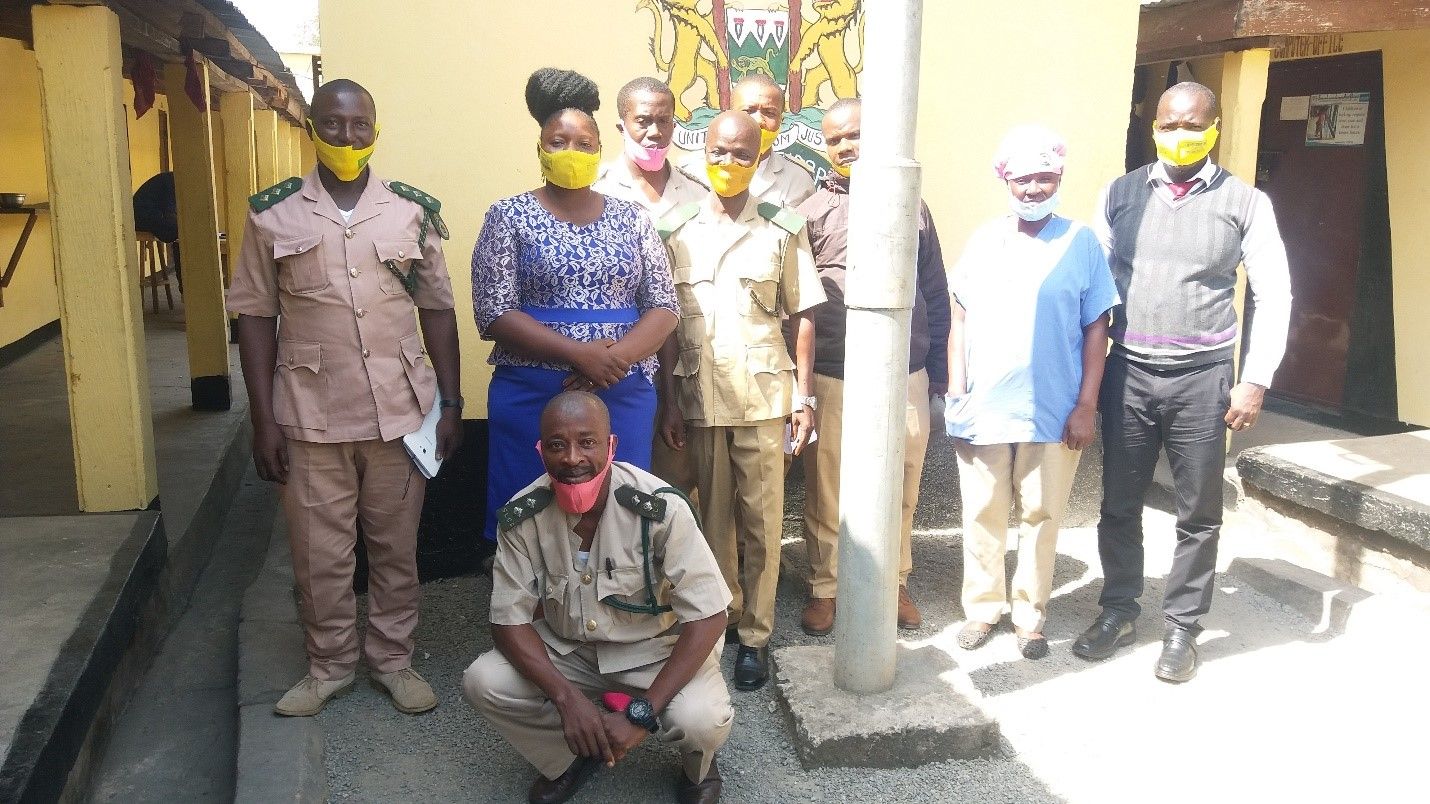