The Anti-Corruption Commission (ACC) wishes to inform the general public that the High Court of Sierra Leone, Holden in Freetown, presided over by the HON. JUSTICE KOMBA KAMANDA JA, has on the 29th June, 2020, convicted BEN FORNAH of No. 2C Line, Tengbe Town, Freetown, on one-count of corruption offence.

Between 1st July and 31st August, 2016, BEN FORNAH willfully failed to comply with applicable procedures in the allocation of public property. Mr. FORNAH improperly allocated to a member of the public, an electric SAGEM Meter, with Serial Numbers 98000391940, being public property in the custody of the United Business Systems, but held on behalf of the Electricity Distribution and Supply Authority (EDSA), without following due procedures contrary to Section 48(2)(b) of the Anti-Corruption Act, No. 12 of 2008.

The Commission wishes to reassure the general public of its continued resolve to fight corruption at all levels and pursue justice at all times without fear or favour.

For further enquiries, please contact MARGARET MURRAY, the Public Relations Officer on +232-78-83-21-31 or via email info@anticorruption.gov.sl. 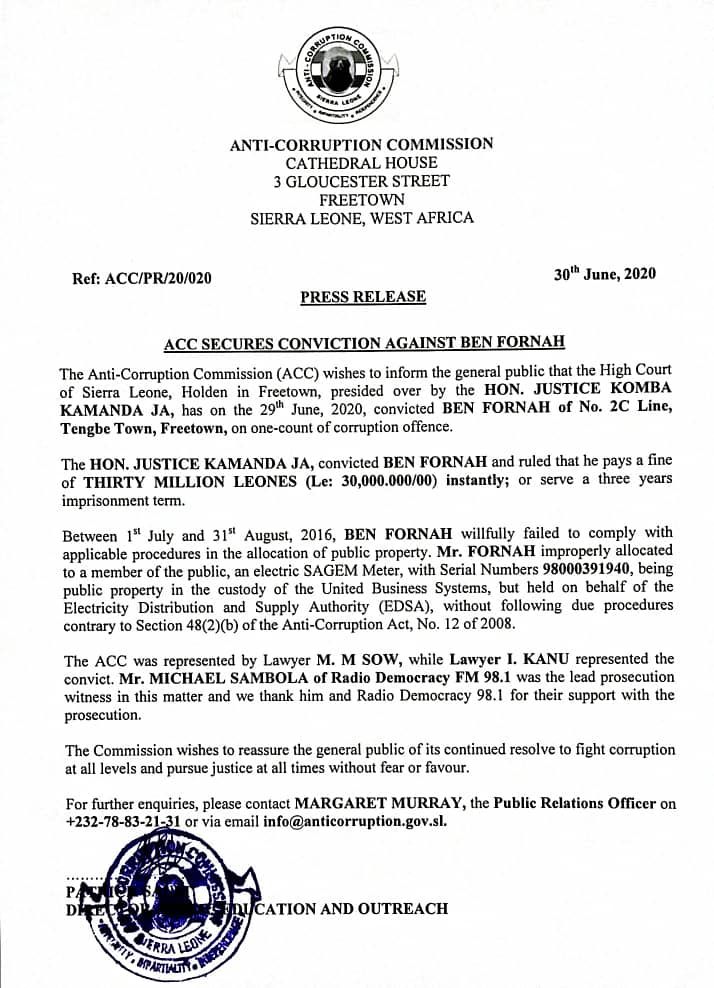