The Anti-Corruption Commission (ACC) wishes to inform the general public that the High Court of Sierra Leone, Holden at Freetown, presided over by the HON. JUSTICE NICHOLAS BROWNE-MARKE (JSC), on 26th April, 2021, convicted BOBORDEEN BANGURA, former Traffic Warden (now Road Safety Corps) on Two counts of Obstruction of Justice, contrary to Section 127(1) (a) of the Anti-Corruption Act No. 12 of 2008.

The HON. JUSTICE NICHOLAS BROWNE-MARKE (JSC), convicted BOBORDEEN BANGURA and ordered him to pay a fine of TEN MILLION LEONES (Le: 10,000,000), by 3rd May 2021, effective the date of the Judgment; or serve a FIVE- YEAR imprisonment term.

According to the particulars of offence, on 30th July 2013, BOBORDEEN BANGURA, at Freetown, without lawful excuse, assaulted an officer of the ACC while conducting the arrest of  the said BOBORDEEN BANGURA, following a report that he solicited an advantage from a vehicle owner.

While delivering the verdict, the HON. JUSTICE NICHOLAS BROWNE-MARKE (JSC) said “Attacking any law enforcement officer, at any time of the day or night is conduct which ought not to be encouraged; it is conduct which deserves to be punished.” 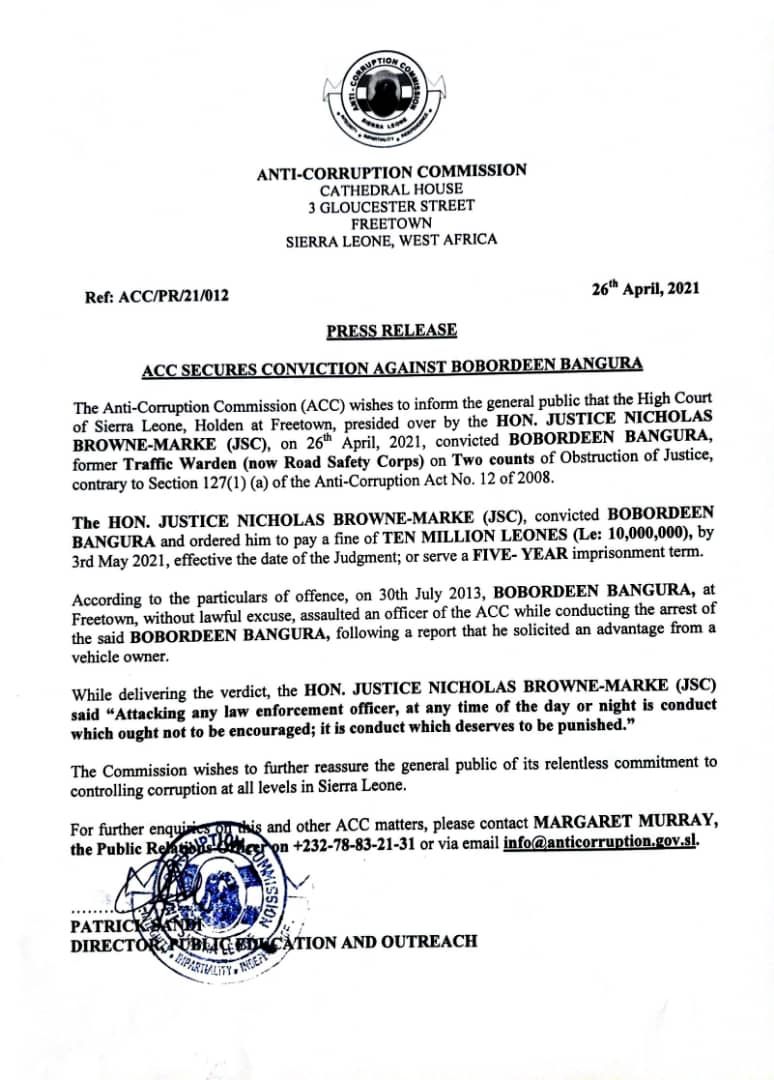