The Anti-Corruption Commission (ACC) wishes to inform the general public that the High Court of Sierra Leone, Holden at Bo, presided over by the HON. JUSTICE A.T GANDA, on 25th February, 2021, convicted BOCKARIE SHEKU MATTIA, Supervisor on Contract with Statistics Sierra Leone’s Bo office on one count of Soliciting an Advantage, contrary to Section 28(2) of the Anti-corruption Act No. 12 of 2008 as amended by the Anti-Corruption Act No.9 of 2019.

The HON. JUSTICE A.T GANDA, convicted BOCKARIE SHEKU MATTIA and ordered him to pay a fine of FIFTY MILLION LEONES (Le: 50,000,000), within a period of ONE MONTH, effective the date of the Judgment; or serve a FIVE- YEAR imprisonment term.

According to the particulars of offence, between 1st and 3rd June, 2020, in Bo, Southern Sierra Leone, BOCKARIE SHEKU MATTIA, while on a verification exercise for the World Bank supported Social Safety Net (SSN) program, meant to alleviate poverty from the poorest of Sierra Leoneans, solicited the sum of One Hundred Thousand Leones from a potential beneficiary of the scheme. 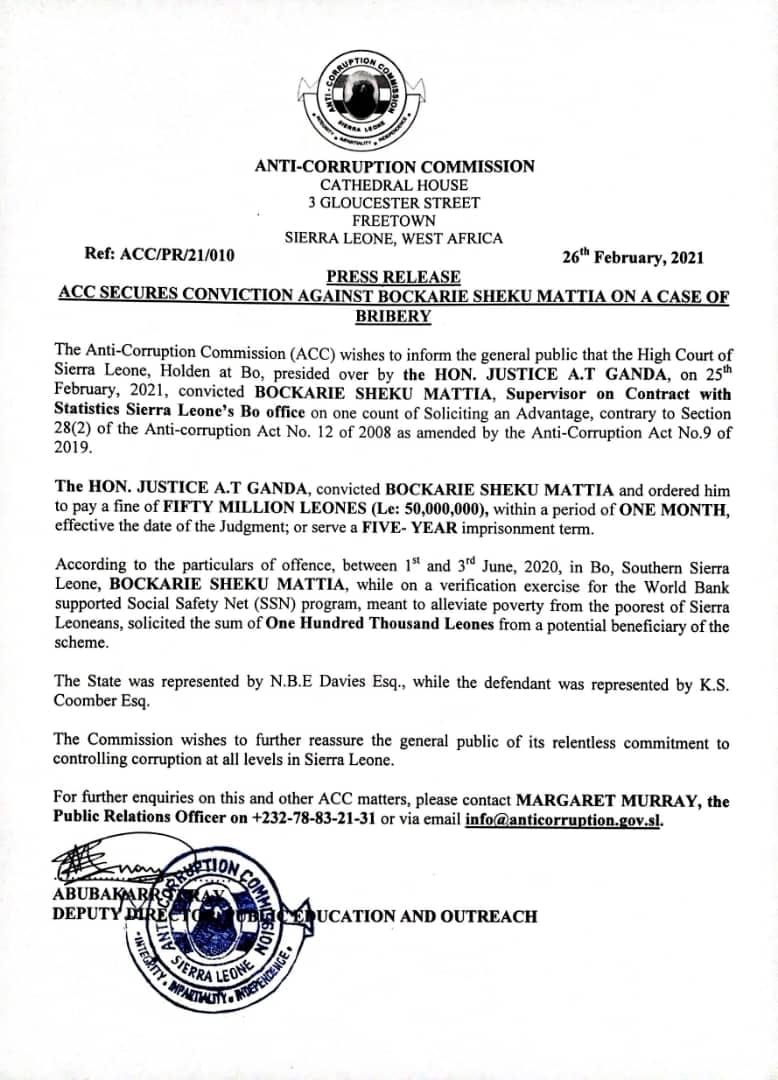