The Anti-Corruption Commission (ACC) has, on Thursday 13th August 2020, secured conviction against Kadijatatou Olamatu Seisay, former Deputy Minister of Works, Housing and Infrastructure on one count of corruption offence after Hon. Justice Fatmata Bintu Alhadi, JA, found her guilty of Misappropriation of Public Property, contrary to section 36(1) of the Anti-Corruption Act of 2008.

The particulars of the offence are that; Kadijatou Olamatu Seisay, being a Public Officer, in her capacity as then Deputy Minister of Works, Housing and Infrastructure, between 18th December 2017, and 30th September 2018, misappropriated public property in the form of a Toyota Land Cruiser SUV, with registration number ANK 889 assigned to her as her official vehicle on the pretext that the vehicle had been hijacked from her driver. The vehicle was later located in Guinea and it turned out that she sold it to some businessmen who took it to Guinea after paying her for same.

Justice Alhadi imposed a fine of Sixty Million Leones (Le.60, 000,000) to be paid within 28 days, or the convict serves a period of four (4) years imprisonment.

The Commission wishes to reassure the general public of its resolve to protecting public property and revenue across the country at all times.

For further enquiries on this, please contact Margaret Murray, Public Relations Officer, on +232-78-832131 or via emailinfo@anticorruption.gov.sl. 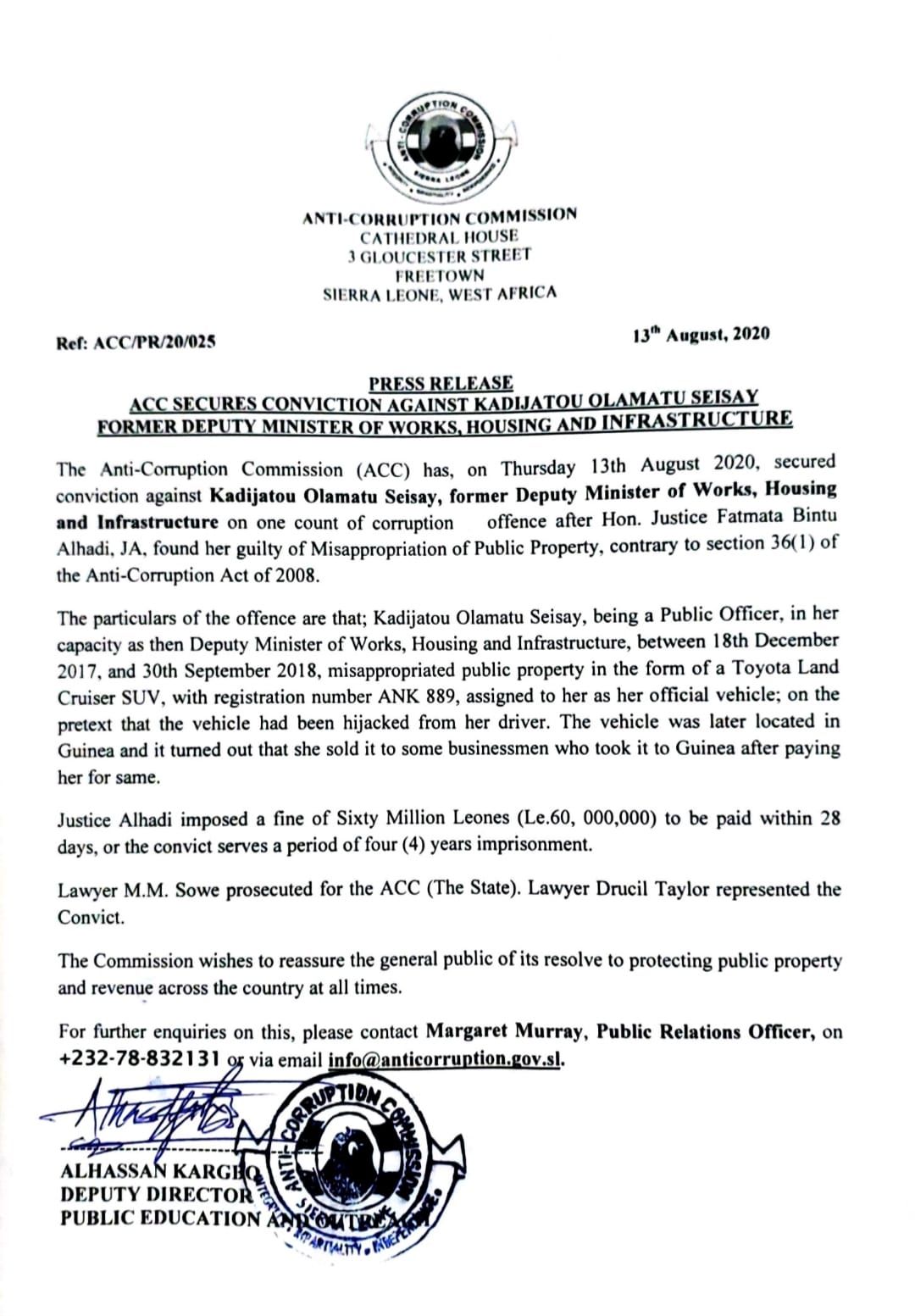