In its sustained efforts to prevent corruption through education and empowerment, the ACC Sub-Regional office in Kono, on Thursday 1st August 2019 engaged the administrative staff and police officers of the Tankoro Native Administrative (TNA) Court in Tankoro Chiefdom, Kono District. The meeting was held in the court building.

Speaking on the purpose of the meeting, ACC Public Education Officer, Edwin Blake, told stakeholders that the Commssion usually engages different Ministries, Departments and Agencies on anti corruption issues. He said such engagement is important for them and other service providers, as it would help them know the work of the Commission and what constitutes corruption.  He said, corruption is the ‘cancer that undermines development aspirations in the country, so we must collectively fight against it’.

Mr. Blake furthered that, rampant corruption negatively affect effective service delivery and take a general toll on the economy of the country. This, has the potential to exacerbate poverty and suffering for the masses.

‘The narrative regarding the fight against corruption is highly positive with the People’s Commissioner, Francis Ben Kaifala Esq at the helm of affairs’.  The Public Educator said, a whopping sum of Eighteen Billion Leones (Le 18,000,000,000.00) had been recovered from corrupt public officials in barely over one year of Kaifala’s astute leadership. According to Blake, the recent Le. 7.5 Billion tranche of the cash was handed over by cheque to H.E, The President Dr. Julius Maada Bio in a special ceremony at House State in June 2019. The first tranche of the amount was presented in December 2018.

He informed the audience that the recent published Transparency International 2019 Global Corruption Barometer Survey Report on Sierra Leone’s stance in the fight against corruption, is also very encouraging.  The report shows that 57% of Sierra Leoneans believe there is a reduction in corruption, because of the strong political will of the current Government and leadership of the ACC. The report further ranked Sierra Leone third (3rd), from among 37 African countries surveyed.

ACC Investigations Officer, Said Sowa, speaking on the successes of the Commission affirmed that, one key reason why the ACC has won wide commendation, hinges on its resolve on implementing the 2008 Anti-Corruption Act. He said Part IV of the Act contains corruption offences and their respective penalties.  Giving examples of convictions secured by the Commission, he said the Commission has secured 100% conviction rate so far.

Dilating on corruption offences in the AC Act of 2008, he told stakeholders that, Soliciting and Receiving bribes; Abuse of Office and Position; Misappropriation of Public Funds; and possession of Unexplained Wealth form part of the Twenty Seven (27) offences in the Act. He encouraged them to desist from corruption related issues.

The court officials and police personnel commended the Commission for the gains. They stated that, corruption will be drastically reduced if the ACC continues honing its strategies right across the country and the public service.

In his own contribution, Chiefdom Clerk, Sahr Rexson Kpakama, said, the court faces serious challenges, especially the non-payment of salary to its Chairmen and Clerks. He noted however that, in spite of the challenges they come to work all day. He pleaded with Government to help remedy the situation. He added that, the engagement with the ACC is timely and that what they have learned from the ACC will be adhered to. 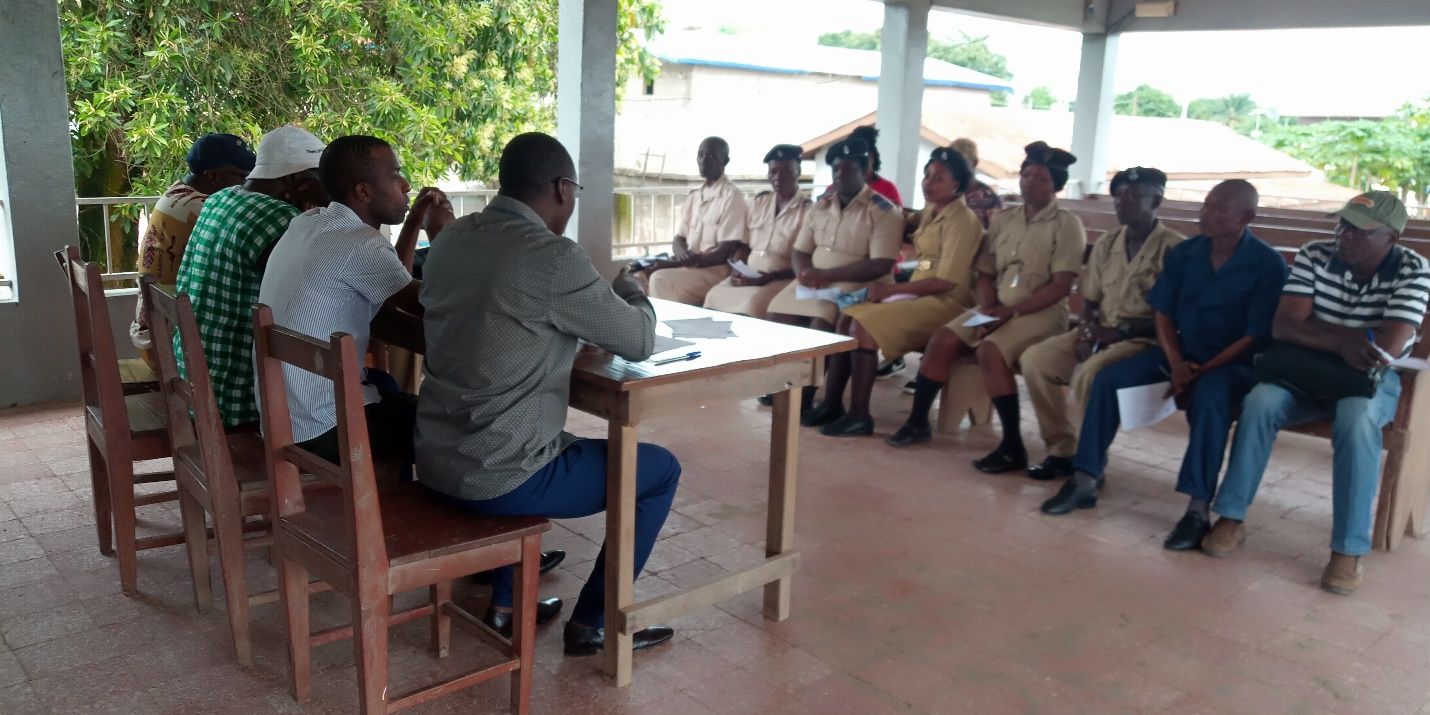