The Anti-Corruption Commission (ACC) has on Thursday 26th September 2019, signed a Memorandum of Understanding (MoU) with AfriRadio FM 105.3.
The signing ceremony which took place at the ACC Head Office at 3 Gloucester Street, Freetown, will, among other things, formalize the agreement between the two institutions to work in partnership to provide reliable and relevant information on corrupt practices and other corruption-related issues in Sierra Leone.

Speaking at the ceremony, the Commissioner of the ACC Francis Ben Kaifala Esq. said that it required the “concerted efforts of all sectors for the country to succeed in its national agenda to defeat the common enemy of corruption, which has held to ransom the destiny of our country for several decades.”

According to the agreement, AfriRadio will continue to provide free airtime to the ACC for the broadcast of discussion programmes, jingles and other public service announcements to promote the work of the Commission.
The ACC Commissioner thanked the management of AfriRadio for their continued support to the ACC in the fight against corruption, noting that “Public education and relation are vital components in the fight against corruption- as corruption is a perceptional fight which is first won in the head." Commissioner Kaifala furthered that this partnership will help keep the citizenry informed about the work of the ACC and strategies used; and help the Commission reveive feedback from the public.

On his part, Mr. John Konteh, Station Manager of AfriRadio expressed commendation to the ACC for the tremendous strides made so far in the fight against corruption, which “has contributed to a huge perceptional shift among Sierra Leoneans, who for the first time now strongly believe that corruption can be adequately controlled.”
Mr. Konteh said, a recent study conducted shows that 82 percent of Sierra Leoneans have access to radio; and AfriRadio FM 105.3 covers about 85 percent of the entire country with an online audience of over 50,000, which makes the station adequately positioned to provide the much needed radio coverage to convey anti-corruption messages both in and out of the country.
“This ceremony today is just to formalize the long-standing relationship between the two institutions, as AfriRadio has been providing airtime to the ACC and giving other necessary support”, he stated. Mr. Konteh ended by stating that such partnership with the ACC in the fight against corruption will add to the corporate profile of the radio station.

The signing ceremony was chaired by Mr. Patrick Sandi, Director of Public Education and External Outreach of the ACC, who noted that the Commission is aware of the benefits the MoU would add to its public education drive. 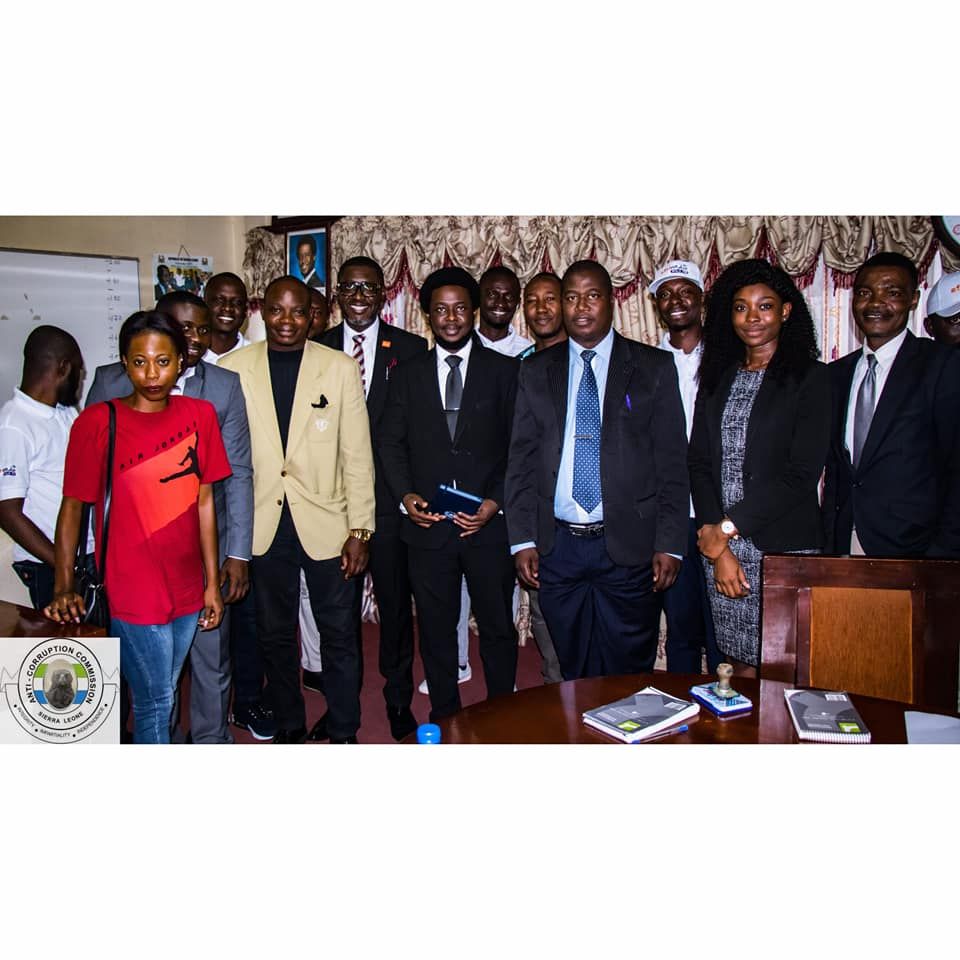 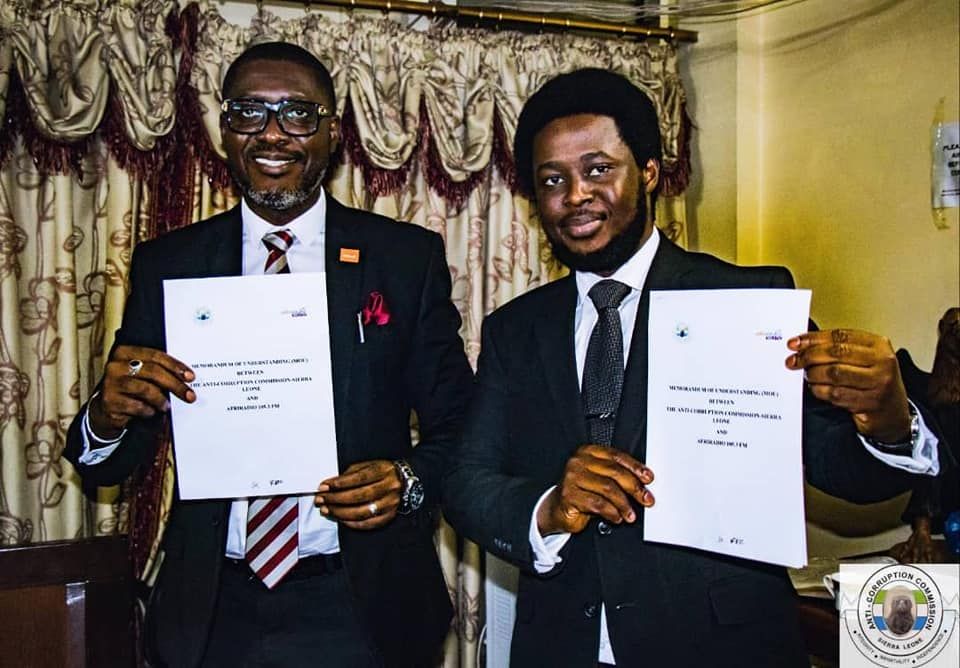