The Anti-Corruption Commission (ACC) on Thursday 12th March, 2020 signed a memorandum of understanding (MoU) with Radio Maria Sierra Leone geared towards strengthening partnership and collaboration between the two institutions.

The event took place in the Conference Hall of the Commission’s 3 Gloucester Street Head Office in Freetown.

The partnership provides for the ACC to use the radio station nationwide to pass on information to the public about the anti-craft campaign and to encourage public participation in eradicating the menace.

In his statement, Francis Ben Kaifala Esq, Commissioner of the ACC and also as a Roman Catholic Christian, said, that he is very delighted by the fact that Radio Maria has taken the bold step to joining the fight to eradicate the scourge of corruption in the country. He added that the center of the doctrines of the Roman Catholic Church is in line with the centerpiece of the fight against corruption which is; “treat your fellow human with transparency and accountability and ensure that he lives a life of dignity”. He commended Radio Maria for the good work they have been doing, noting that the partnership with them is very important to the vision of His Excellency, The President, Dr. Julius Maada Bio who is also a Roman Catholic Christian.

The Commissioner extended his gratitude to the Archbishop and his team for their readiness to work with the ACC and assured that the Commission will continue to work hard to yield the positive results that are expected of them.

Commissioner Kaifala furthered that he relies on the church to continue to remember them in their daily supplications; adding that the fight against corruption is both physical and spiritual.

The Country Director of Radio Maria, Rev. Fr. John Peter Babeley thanked the Commissioner for a hearty welcome and for accepting his request to work together. He said Radio Maria, under the wing of the Catholic Church, has always stood for honesty and the proper use of public resources for the benefit of all. He added that the partnership with the Commission is to enlighten the public about the work of the ACC, as he believes that radio Maria is a good platform that will be able to disseminate anti-corruption messages. Fr. Babeley commended the Commission for the massive work in the past two years whilst Commissioner Kaifala Esq. has been at the helm of affairs.

Earlier, the Deputy Commissioner of ACC, Augustine Foday-Ngobie, who chaired the ceremony, said the Commission takes delight at seeing individuals and institutions expressing their willingness to work with the Commission to fight corruption. He added that it is of immense value for the public to hear from an independent body like Radio Maria talk about the work of the Commission.

It could be recalled that the Commission had also on the 25th September 2019, signed a memorandum of understanding with Afriradio FM 105.3.

The reading of the citation of the MOU was done by Koma Gandy-Williams, ACC’s Assistant Information Officer. 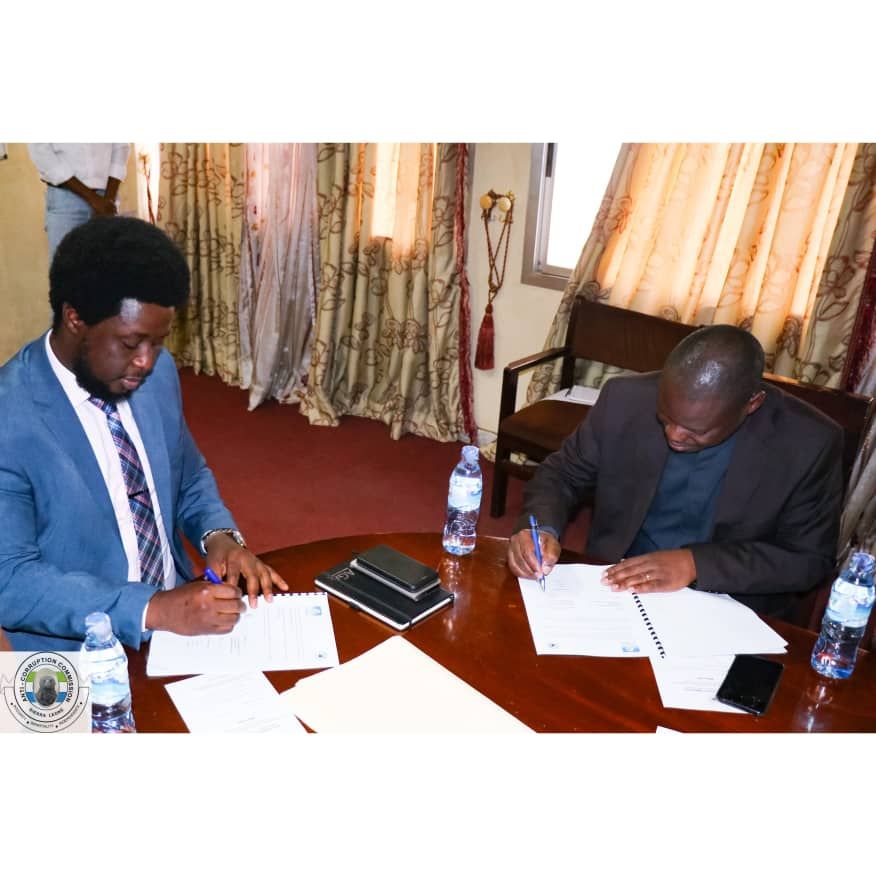 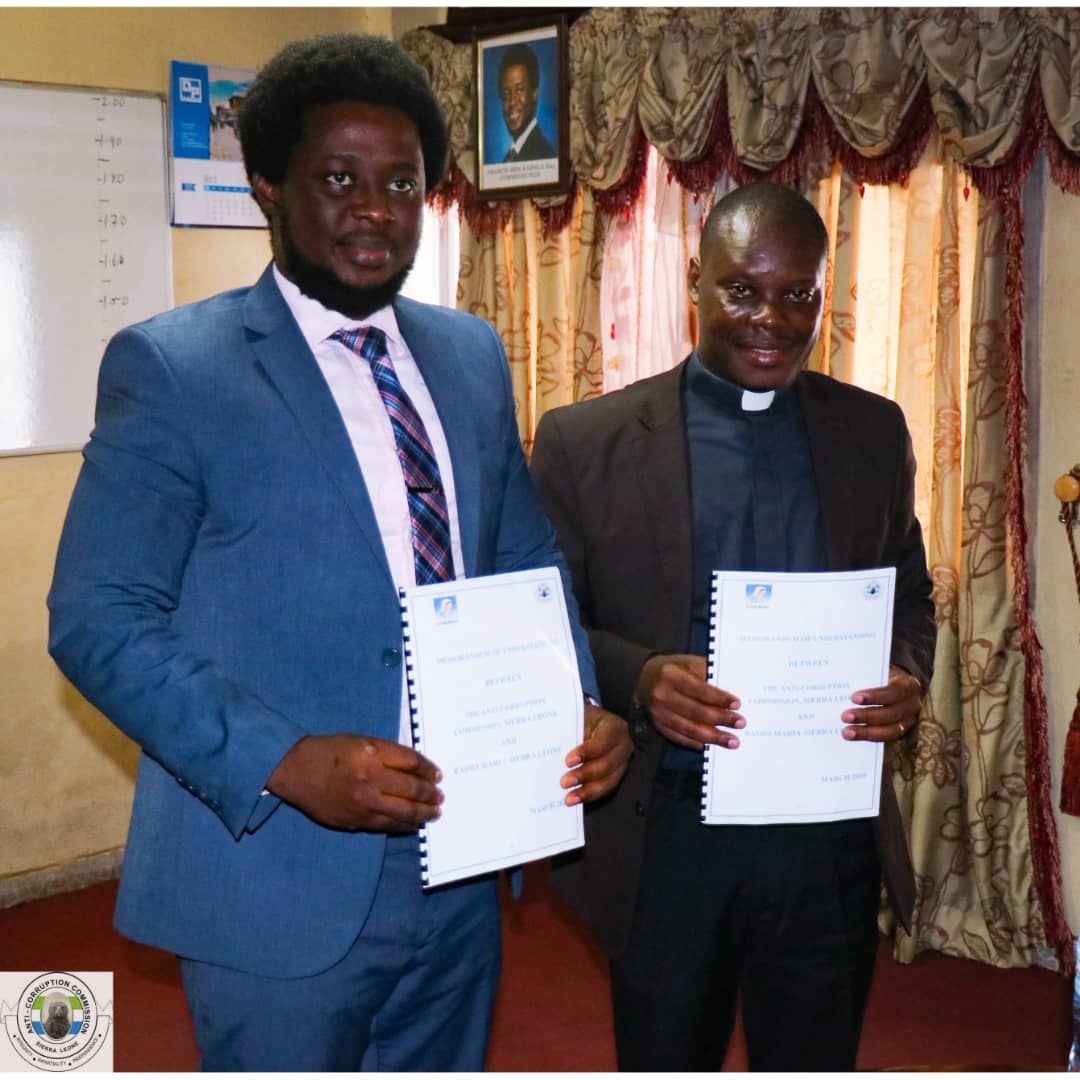