Addressing the communities, the Regional Manager Hawanatu Omotayo Kamara expressed gratitude to the local authorities for granting ACC the opportunity to talk to them on issues of transparency and accountability. She said the community meetings were undertaken to educate them on the dangers of corruption and to bring to light corruption occurrences in their communities. She further dilated on corruption and its adverse effects on quality delivery of basic social services and informed them that the Commissioner himself had visited all the districts nationwide in order to interact and get first-hand views from the people on relevant issues bordering on the fight against corruption. She went on to state that tangible development can only happen if the people themselves own the fight; stating that the Commission is only taking the lead and cannot succeed without their support.

She also singled out several acts of corruption in the communities including but not limited to, levying of heavy fines by local authorities, payment for bail, payment for accessing free health care services, mandatory booking at checkpoints, illegal charges in schools, and misuse of public funds. She therefore advised stakeholders and local authorities to uphold ethical practices and exhibit high moral values in the discharge of their duties. She also gave out stern warning to the residents and stakeholders of the communities to desist from such practices or face the law.

The Manager also encouraged community leaders to be asking questions on projects implemented in their communities by the District Councils, NGOs, etc and to be involved in the monitoring of such projects in order to ensure value for money.

ACC’s District Monitor Kono, Patrick Hinga George, whilst explaining the purpose of the meetings, said that the general work of the Commission ranges from prevention to prosecution. He described the engagements as the friendly approach of the Commission to dialogue and transmit anti-corruption messages to the communities.

The District Monitor made reference to the decade-long civil war in the country as key reason for the establishment of the ACC and urged all to give maximum support to the ACC in executing its mandate in order to have a better Sierra Leone for all.

Public Education Officer, Hawa Deen Conteh spoke on the severe penalties for persons convicted of corruption; stating that, in the 2019 amended Anti-Corruption Act of 2008, the fines have been increased to not less than 50 Million Leones or imprisonment of not less than five years or both.

She encouraged residents of the communities to have confidence in the ACC as confidentiality is one of its pillars, adding that the Anti-Corruption Act of 2008 as amended in 2019 mandated the Commission to protect whistle blowers.

Representatives of the Paramount Chiefs of the two communities expressed delight at the Commission’s presence in their communities, especially for the very first time. “Although we have been following the ACC on radio in regard the numerous gains made in the last three years, under the leadership of Francis Ben Kaifala Esq., we are extremely overwhelmed as a people to physically receive a team from the ACC. This particular event today tells us that we are important people and as well part of the national development trend,” says Chief Brima Konneh of Malema Community, Yawei Chiefdom, Kailahun District.

Comments, question-and-answer session and the presentation of Information and Education and Communication materials to the communities climaxed the engagements. 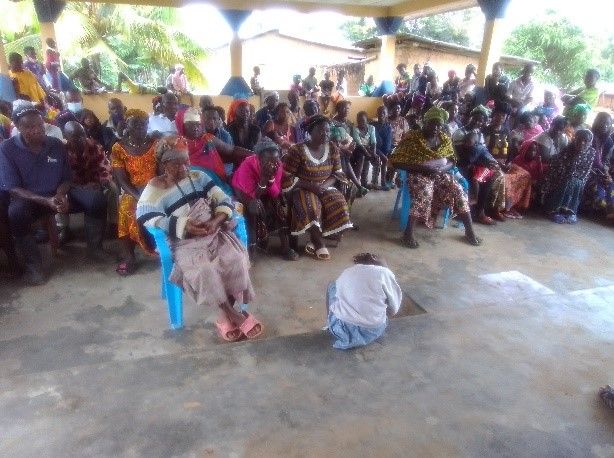 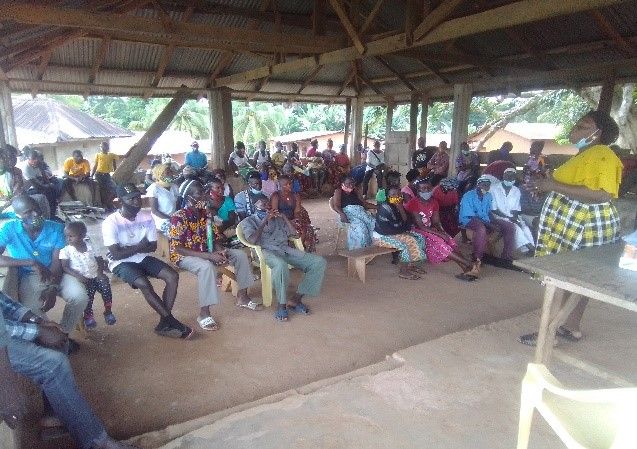