Unfortunately, on the same night of the awards, our Eastern Region colleagues were involved in a gruesome road accident which left one dead - Mr. Massaquoi (popularly known as "Ngor Mass") - may his gentle soul rest in perfect peace.

On that note, I have been instructed by the Commissioner, Francis Ben Kaifala Esq., to dedicate both awards won by the Commission and himself to the fallen soldier, Ngor Massaquoi, who lost his life in active service in the frontline of the battle against corruption. His death was sudden but his memory and legacy of dedicated service to the Commision will forever live on. The book of Ecclesiastes says, "there's a time for everything...a time to be born and a time to die". Ngor Mass's journey has ended but the impact he created in the fight against corruption will forever be remembered fondly. Go and take your rest Ngor Mass and be certain that you remain family.

Our hearts and prayers go to his family and to those other colleagues - Blake, Quinton and Jah - who survived but remain hospitalized. May they find healing and solace at this time. And may God comfort us all at the ACC for such a huge loss as we continue to occupy ground against Corruption.

The two respective awards below won by the Commission and its Commissioner are both dedicated to the Memory of Ngor Massaquoi. 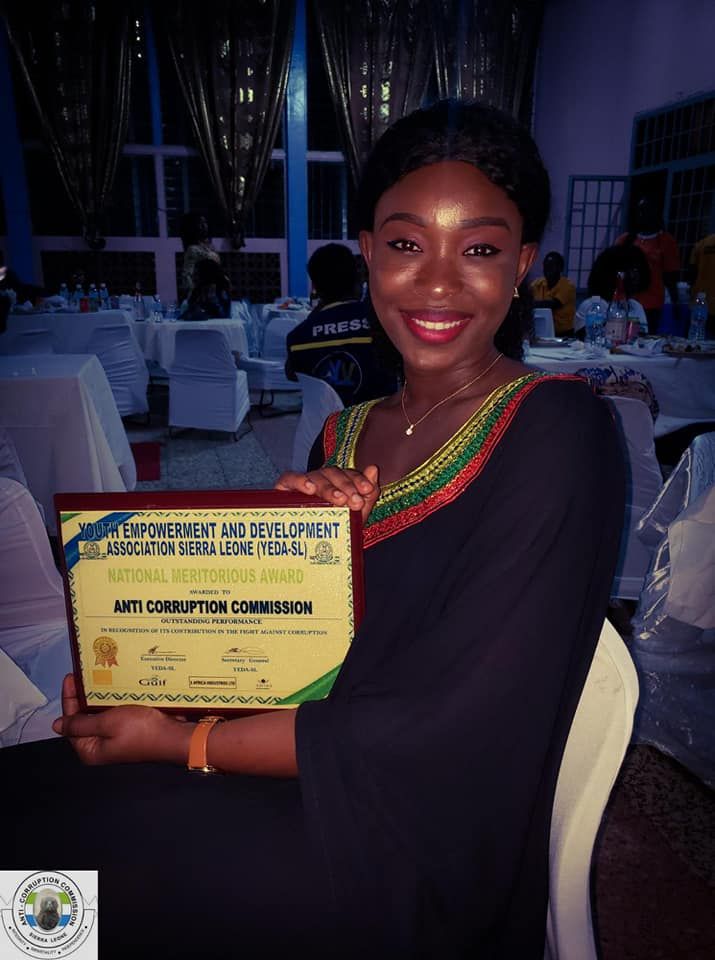 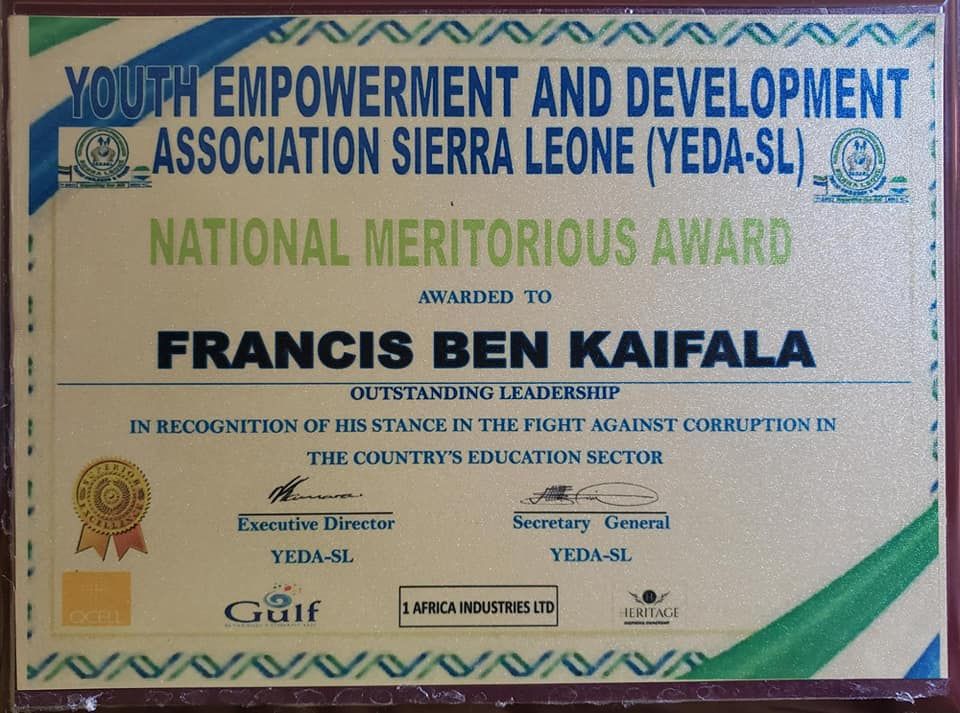