"As an Anti-Corruption Fighting body, most times we run after institutions; we go after them to comply with anti-corruption measures, but it is a great thing when you come to an institution like the EPA, where they epitomize what it means to own the fight against corruption, and also have the grit to invite the Commission to come work with them on integrity issues; I therefore duff my hat to the Environment Protection Agency”,
were the opening words of Commissioner Francis Ben Kaifala Esq. of the ACC.

The erudite lawyer and ACC Boss was speaking earlier on Thursday 25th March, 2020 in the Environmental Protection Agency's Conference Room, Old Railway Line in Freetown, where he had gone to launch the EPA’s second Internal Anti-Corruption Strategy Regime.

Commissioner Francis Ben Kaifala, while talking to staff of EPA and members of the Press, said that the efforts of the EPA in mainstreaming Anti-Corruption values in their institution is truly exemplary and is one he expects other MDAs to replicate in intensifying efforts in inspiring integrity, transparency and accountability in the work place. He noted that Sierra Leone is challenged with so many issues, adding that the 'corruption culture' in the country has normalized corruption itself in such a way that bad drives out the good.

“A good person can come to an institution with so much good to offer, but few bad ones can gang up against such a person and try to drive him out because they prefer a social structure predicated on bad, and that is exactly the culture the ACC is attacking with a view to instilling reform”, Commissioner Kaifala said.

He furthered that over the years, there had arisen various issues with 'environmental impact assessment licenses and a plethora of other issues surrounding what we can do to really ensure that we protect the environment while we develop the country. He added that Mother Earth is needed for continuity for generations to come and if we live only today for ourselves and we do not take conscious steps to protect the health of Mother Earth, then we are a selfish generation - which could be worse than corruption in fiscal terms. He commended the transformative leadership of the outgone Executive Chairman and the Present Minister of the Environment, Professor Foday Moriba Jaward as phenomenal, something he said the ACC has been following up on and is very grateful for the support.

Speaking further, The ACC Boss reminded all that we all, as a people, are battling to save the soul of Sierra Leone.
“A country that has been battered by corruption for generations, where individuals enrich themselves; and at the same time, the country becomes poorer, where the individual interest has overtaken the collective interest and we continue to take it as the normal. A strategy like this one put in place by EPA is geared to towards showing that Sierra Leone does not take it as business as usual anymore, and we are doing something about ourselves”, he emphasized.

He ended by encouraging all present that embedding prevention measures into the system, like the one EPA has put in place, is the strongest mechanism in fighting corruption and not enforcement as widely believed.

On his part, the newly appointed Executive Chairman of EPA, Dr. Bondi Gevao , as his first public engagement with the Agency, thanked President Julius Maada Bio for the opportunity to serve the country through EPA, an agency he described as one with a proud past and exciting future. While expressing his commitment to his new role at the EPA, Dr. Gevao thanked the Commissioner and team from the ACC for honoring the call of EPA to launching their new Internal Anti-Corruption Strategy geared towards mainstreaming anti-corruption measures in the Agency. He also commended the effective compliance efforts and the relentless and excellent leadership of the outgoing Executive Chairman, Professor Foday Moriba Jaward.

In his submission, as the first Minister of the Environment, Professor Foday Moriba Jaward expressed his gratitude for the ACC to honor the call of EPA in launching their internal strategy. He further maintained that corruption does not only stifle the Sierra Leonean community’s growth but also hinders peace and cohesion of the State while incapacitating institutions to deliver goods and services to the Public.

Professor Jaward also said that Sierra Leone is a resource- rich country that is blessed with minerals and agro-forestry, but that corruption is the main reason why Sierra Leone performs badly in economic terms. He said that going forward, Sierra Leone must take decisive steps toward changing the narrative and promote sustainable development in the country, something he added, requires all citizens to make drastic shifts in both production and consumption patterns. He ended by committing his ministry to the fight against corruption in Sierra Leone.

The Commissioner of the ACC was accompanied by the Director of Public Education and Outreach Department of the ACC-Mr.Patrick Sandi and the Deputy Director of the National Anti-Corruption Strategy Secretariat – Madam Edita Fofana and two others. 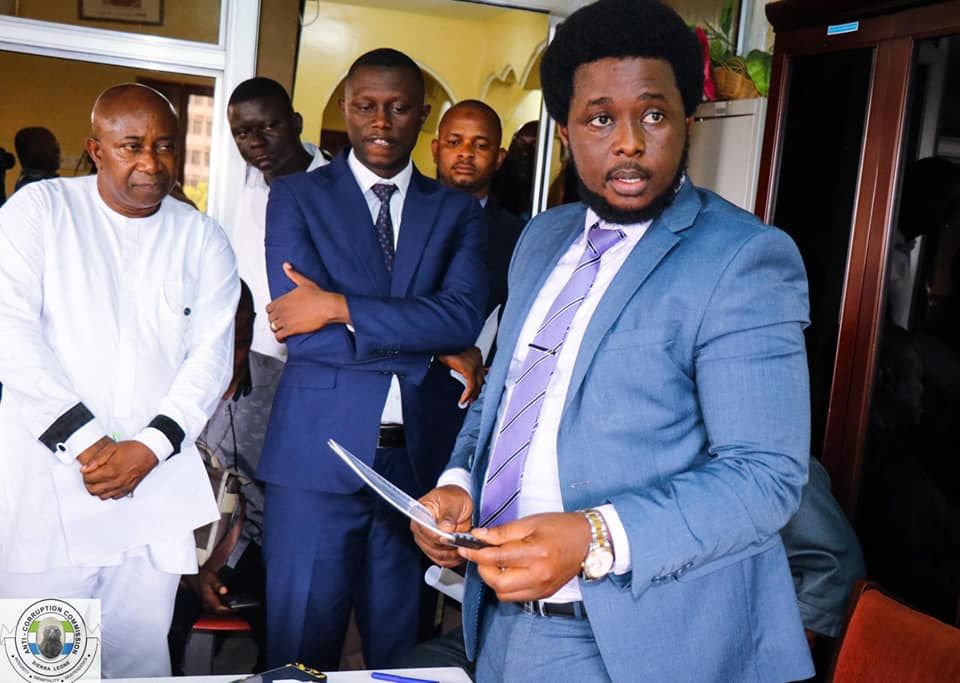 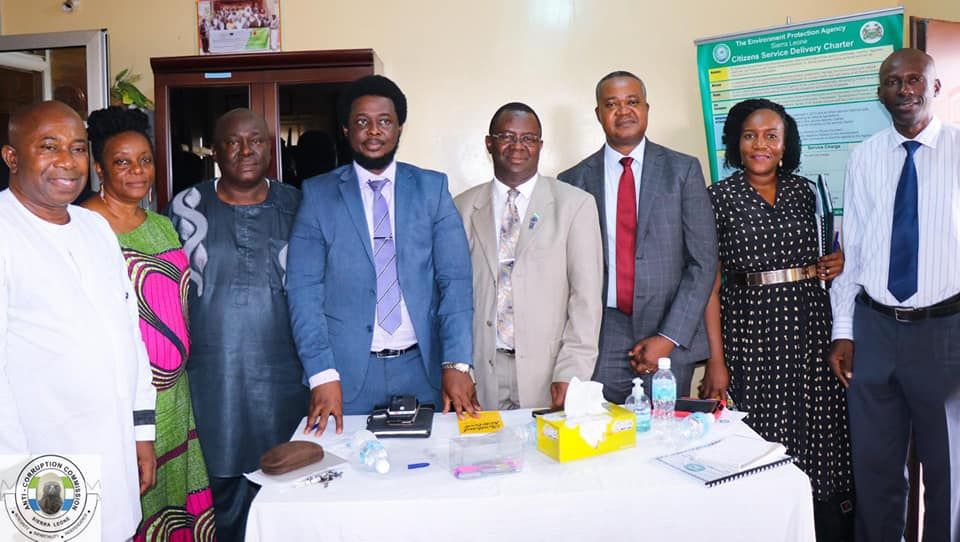 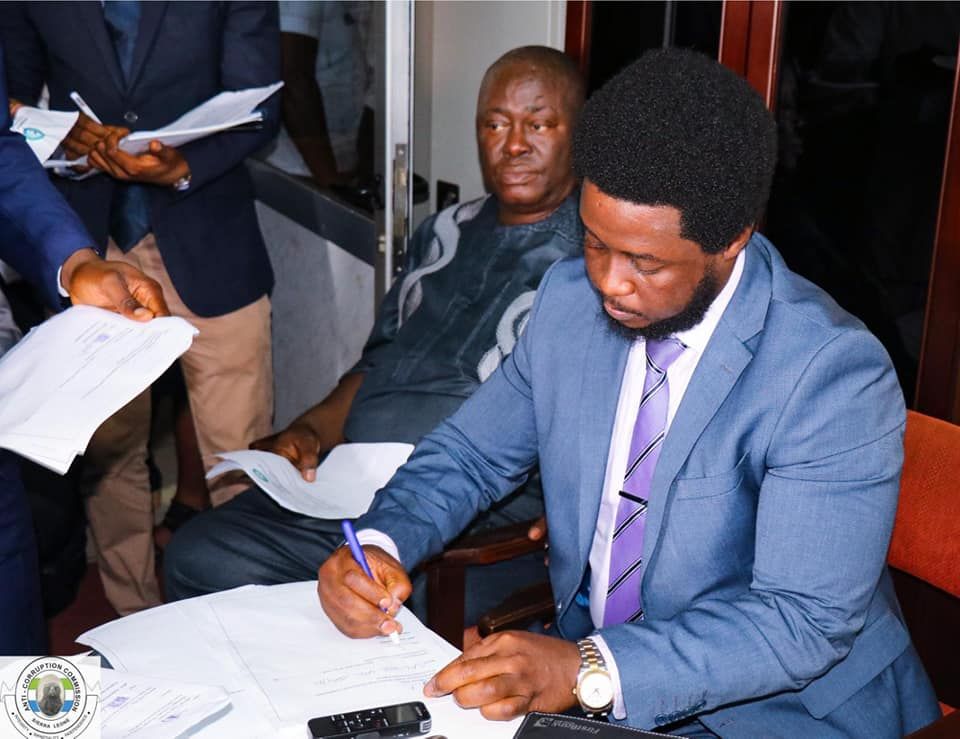