COMMEMORATION OF 2021 INTERNATIONAL ANTI-CORRUPTION DAY ENDS ON THE HIGH, WITH INTERFAITH PRAYERS

The Anti-Corruption Commission (ACC) and its partner organization, Center for Accountability and Rule of Law (CARL) have, on Saturday 11th December 2021 at the Taylor Cummings Garden in Freetown  climaxed the 2021 IAC  Day Commemoration with Interfaith thanksgiving prayers.

Speaking at the solemn event, the ACC Commissioner underscored, the fight against corruption is a divine job instructed by God in His Holy Books. We cannot and will not do it without Him. Today we are together with Muslims and Christians to thank Him (God) for leading us this far with unimaginable feats  in this crusade and to seek His forever much needed presence, protection, direction and favour as we go forge on.

The ACC Boss encouraged all gathered to be assured that the fight against corruption to liberate Sierra Leone and Sierra Leoneans will be won, referencing "Romans 8:21 Because the creature itself also shall be delivered from the bondage of corruption into the glorious liberty of the children of God"

The sermon delivered by the Reverend Pastor Mariama S. Bockarie, District Superintendent North, United Methodist Church, was soul resurrecting and mind blowing and sent her audience into self-introspection and soul searching. She asked all to brave the fight against corruption across the board spearing no one and be confident that God is always with the righteous and will never leave nor forsake His own.

Sheik Alie Kallay in his sermon called on all to detest corruption as Islam prohibits giving and taking of bribes and Allah has prepared hell fire for such persons. He referred to the ACC as the crusader for the people, urged them to fear Allah and do right always and not panic even in the face of difficulties as Allah had promised to be with them that do the course of righteousness.

Sheik Kallay sounding cautionary to all said,  "Truly Allah does not change the conditions of a people of a country until they are ready to change themselves Holy Quran Chapter 13". He asked then if we are ready as a nation for this change?

Citing PLO Lumumba, he said "In China they kill the corrupt, in Singapore the corrupt kill him/herself, but in Africa the corrupt present themselves for election into offices"

The Executive Director, Centre for Accountability and Rule of Law (CARL), Ibrahim Tommy Esq., in his statement commended the ACC for pursuing dispassionately all manner of corruption allegations and helping rebrand the image of Sierra Leone as a nation committed to fighting corruption in an exemplary manner. He stated that the favourable international and national ratings are informative of such brave commitment displayed by the leadership of the ACC. He pledged his support to the ACC and demanded more from the public.

There were educative presentations by Christian and Muslim gospel groups.

The interfaith was climaxed by observance of prayers for the country, the leaderships and staff of the ACC and CARL by the clergies of the Christian and Islamic religious faiths. 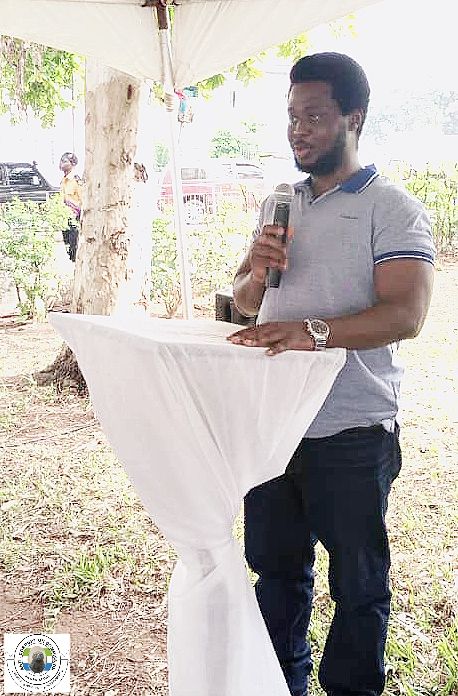 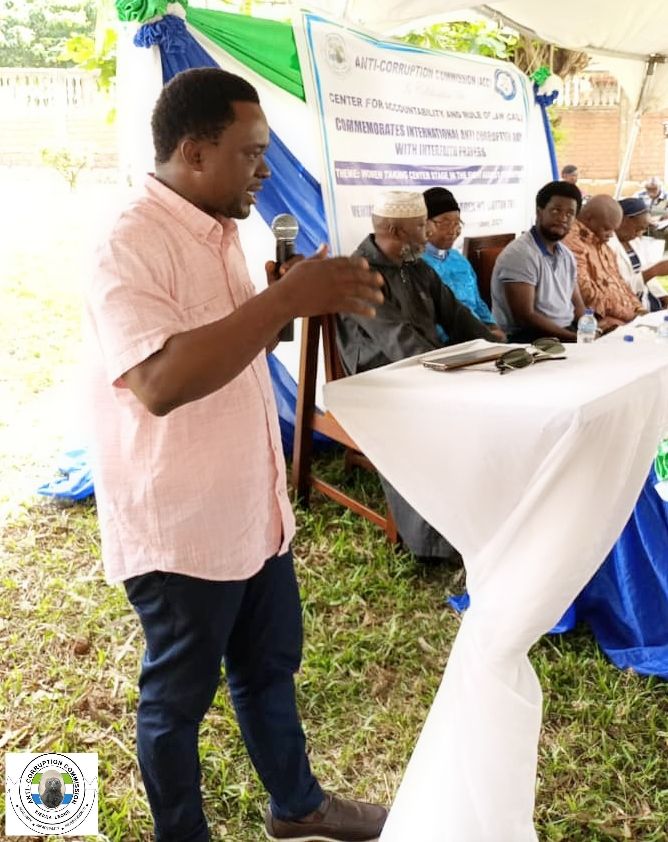 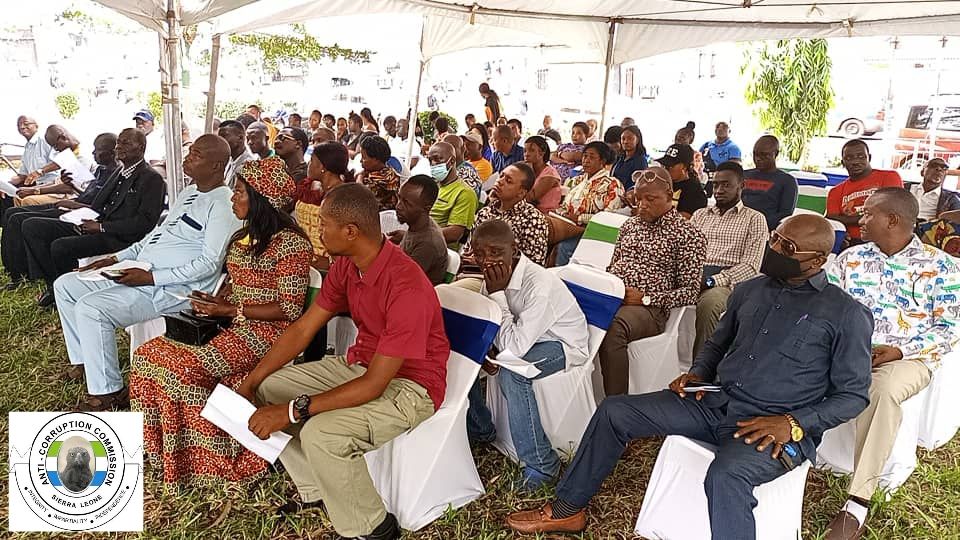