COMMISSIONER FRANCIS BEN KAIFALA IN TONKOLILI DISTRICT: ‘LET’S HAVE AN OPEN CONVERSATION. DON’T HOLD BACK. BRING THE QUESTIONS. RAISE THE ISSUES…THAT’S WHAT WILL GUIDE US MOVING FORWARD.’

The need to elicit public opinion on the noble fight against corruption falls to the Anti-Corruption Commission (ACC) and its dynamic leadership, Francis Ben Kaifala, as an important tool. On 12th March 2021, the Commissioner with his team visited Tonkolili District and had a well-attended town hall meeting with the Media, Civil Society Organizations, Heads of Ministries Departments and Agencies, Traditional Leaders, among other key stakeholders, at the District Council Conference Hall in Magburaka.

Delivering his keynote message at the engagement, the Commissioner stressed that sourcing public view on a great cause of public benefit, such as combating corruption, cannot be overemphasized. He said feedback from the public indicates inclusivity that fosters informed decisions and policies in effective leadership such as in the fight against corruption. His visit to the Northern District, he made clear, was therefore predicated on providing citizens the opportunity to express their say on matters relative to the Commission and its activities.

He implored everyone to openly raise the relevant queries and comments, without fear of being intimidated, as every single voice could make a huge difference in strengthening the Commission to deliver on its mandate in the interest of all Sierra Leoneans. Staying on point, the Chief anti-graft crusader pointed out that corruption is a common enemy, and the appropriate driving notion is to fight it back with the view to brush up the image of the country to create an atmosphere conducive to socio-economic growth for all and sundry.

Commissioner Kaifala further referred to international indexes that speak well of the ACC and Sierra Leone as having made outstanding statistics in the fight against corruption, since he took the saddle of leadership. The Afro Barometer Perception Survey on Corruption 2020, among other international and national credits, he said, reports that corruption level in the country has nosedived from 70% in 2017 to 40% in 2020.

‘This is a national success not mine, and it is important to note that engagements of this nature have immensely contributed to such statistics put together by independent institutions. By all indications, we are doing well fighting corruption as we have recovered public funds over 30 Billion Leones from corrupt individuals, in spite of the views of detractors and doubters.

This emboldens us to make more upward movements,’ the Commissioner said.

Although there are several mechanisms the Commission deploys in its work, the Public Education and Prevention tools have proven more effective in controlling corruption, according to Commissioner Kaifala, adding: ‘The fight against corruption isn’t just about prosecuting suspects; it’s more about returning stolen funds to the people of this country through deposits made into the Consolidated Fund.’

The multiple award-winning Commissioner assured the people of Tonkolili that the fight against corruption is unabated and efforts are increasingly being made to deny unethical public officials the opportunity of stealing from the masses. He said corruption offenders can now be tried in absentia, as enshrined in the 2019 Amended Anti-Corruption Act, as long as sufficient indisputable evidence is  provided in a court of law. This explains that runaway corruption suspects have no place to hide from justice for the people.

In her statement, YabomSesay, Chairperson of Tonkolili District Council, thanked Commissioner Francis Ben Kaifala and his team for their visit, saying that she was pleased to attend the meeting in spite of her busy assignments in Bo.

She cried down corruption, like Abdul SamadKamara, the District Civil Society Organizations Representative, and called on all to support the ACC in its cause. The District Chair further described the engagement with the  Commissioner as ‘very important’, and encouraged everyone to cascade the anti-corruption information to communities within the District. On her part, she would inform Councilors in the District to desist from corruption, and encourage them to do likewise in their respective Wards.

Paramount Chief Alhaji Mansa Kama Kanamaka III of Kholifa Rowallah Chiefdom, who, on behalf of his people, had earlier welcomed the ACC team, confessed that the Commissioner’s visit was unexampled since the establishment of the ACC in 2000. ‘The visit would effect change in people’s perception on corruption. They would understand that the ACC is working in the interest of Sierra Leoneans,’ the P. C. said in an interview with ACC North East Public Education Officer, Abdul KarimBangura, after the engagement.

Representatives from the Sierra Leone Teachers Union, Conference of Principals of Secondary Schools, Drivers’ and Bike Riders’ Unions also formed a meaningful part of what was better described as the ‘People’s Engagement with the People’s Commissioner’. 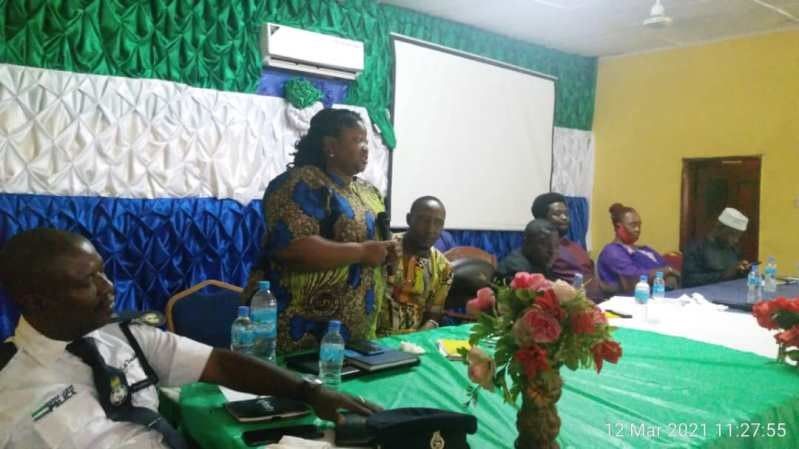 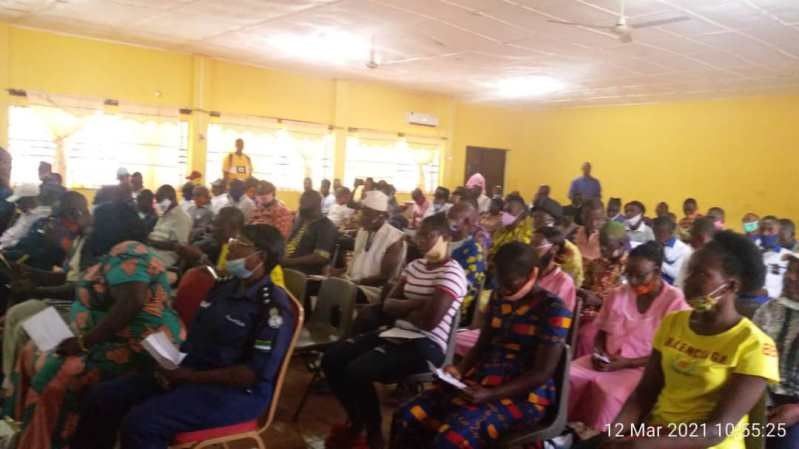 ACC CALLS ON STATISTICS TO UPHOLD INTEGRITY IN CONDUCT OF CENSUS