As part of his "Meet-the-people" tour, the U.S State Department's International Anti-Corruption Champion, Francis Ben Kailafa Esq. was, on 11 March 2021, in an interactive engagement with government functionaries and traditional leaders at the Parish Hall in Mongo Bendugu, Falaba District. The meeting was intended to create a common ground to openly discuss corruption and corruption-related matters with citizens in whose interest the war against the scourge has been waged by President Julius Maada Bio upon his assumption of office.

In his keynote address to the stakeholders, the distinguished member on the African Union Advisory Board on Corruption explained that public engagement is an integral part of the strategies employed by the Commission in the fight against corruption. He added that the approach brings the Commission to the people, and provides a platform whereby the people in return can openly express their views on how the fight against graft can be better fought.

Reassuring his audience that the fight against corruption is still tautly fought, Commissioner Ben Kaifala highlighted international indexes which have prestigiously placed Sierra Leone ahead of many other countries in fighting corruption, for example: the country has jumped upwards 12 places in the Transparency International Corruption Perception Index, ahead of 31 other countries in Africa; the Afro Barometer Corruption Perception Survey of 2020, the Commissioner went on, reveals that corruption prevalence has dropped in the country from 70% in 2017 to 40% in 2020 adding, on the Millennium Challenge Corporation (MCC) Scorecard, the country has moved up from 49% to an exponential score of 81%.

The People’s Commissioner noted that the positive international appraisals have placed the country in a firm position to attract donors and investors who would help enhance economic opportunities to ensure better living conditions for all Sierra Leoneans. He thanked President Julius Maada Bio for relentlessly supporting the fight against corruption as one of his cardinal programs, while he encouraged everyone in the meeting to consider the campaign against corruption as their civic responsibility and not just the President’s, his or any other citizen’s.

On a more hopeful note, the Fulbright Scholar encouraged the duty bearers that recent signs in the struggle against corruption show that no part of Sierra Leone would be left behind in terms of development which, however, largely depends on corruption control level in the country. He therefore emphasized the critical role of reporting corruption by everyone, using the popular 515 line on either Orange or Africel network.

Earlier Regent Paramount Chief Sheku K. Jawara, who had traditionally warmly welcomed the Commissioner and his team with four pieces of Kola nuts, condemned corruption and pledged on behalf of his ‘peaceful’ Mongo Chiefdom that he would fully support the Commission in its campaign to defeat corruption. He forewarned all public officials in Fabala District to refrain from corruption and work in the interest of ‘the poor’. The P. C. also commended the government for its tough stance on eradicating corruption in the country, and hopes that the President would succeed in his dreams for the citizens.

In his contribution, the District Council Chairman of Falaba District, Ibrahim K. Sesay, said it was a huge opportunity for the people of Falaba to have a sitting  Commissioner of the anti-graft agency to have ever visited the district. The chairman commended the work of the ACC, and stressed that one determined and patriotic generation would have to sacrifice and trigger a development trajectory in the country. He praised the Commission for its effective methods in curbing corruption, highlighting a functional ACC-supported Integrity Management Committee, which provides checks and balances in Council operations across the country.

He encouraged heads of Ministries Departments and Agencies as well as sector heads within his Council to desist from corruption and insist on delivering quality service to the public. ‘It is important to note that corrupt public officials are liable to face the law and bring embarrassment to their families and loved ones,’ the Chairman said.

The Local Unit Commander and Assistant District Officer also made meaningful contributions, among relevant questions and comments from several other attendees, at the engagement. 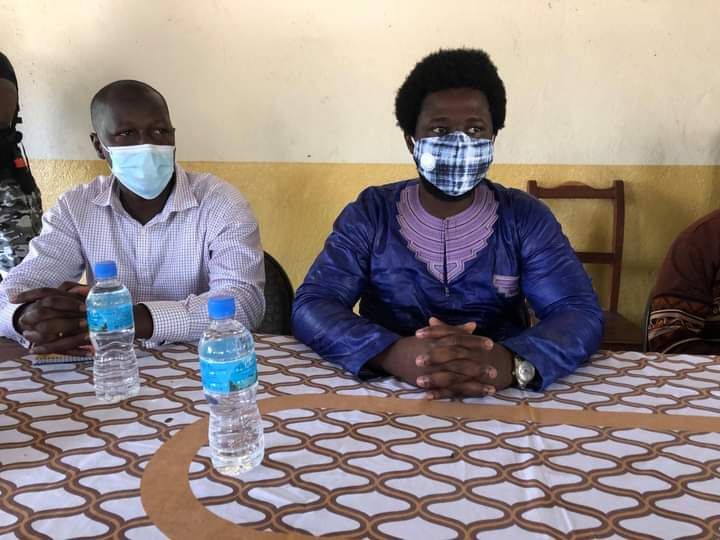 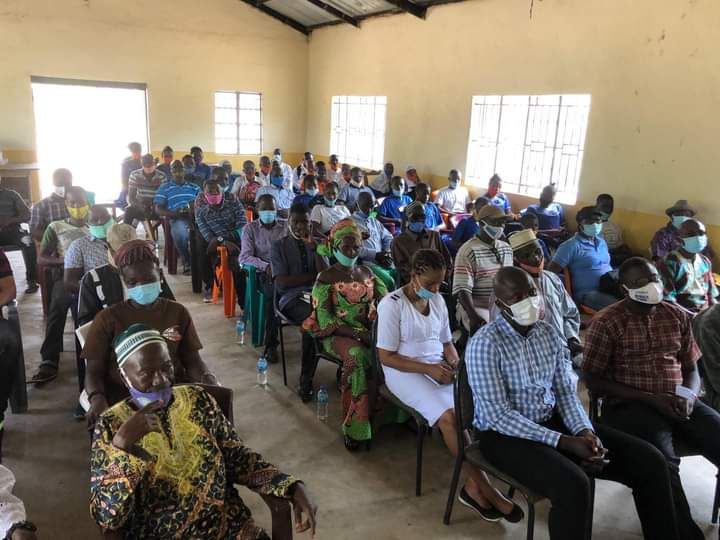 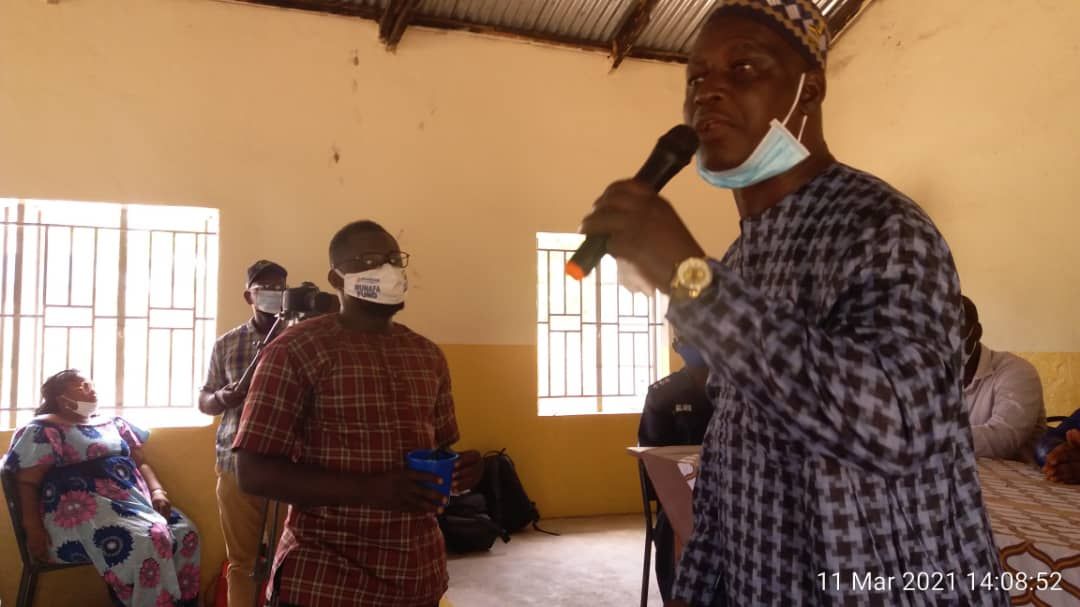 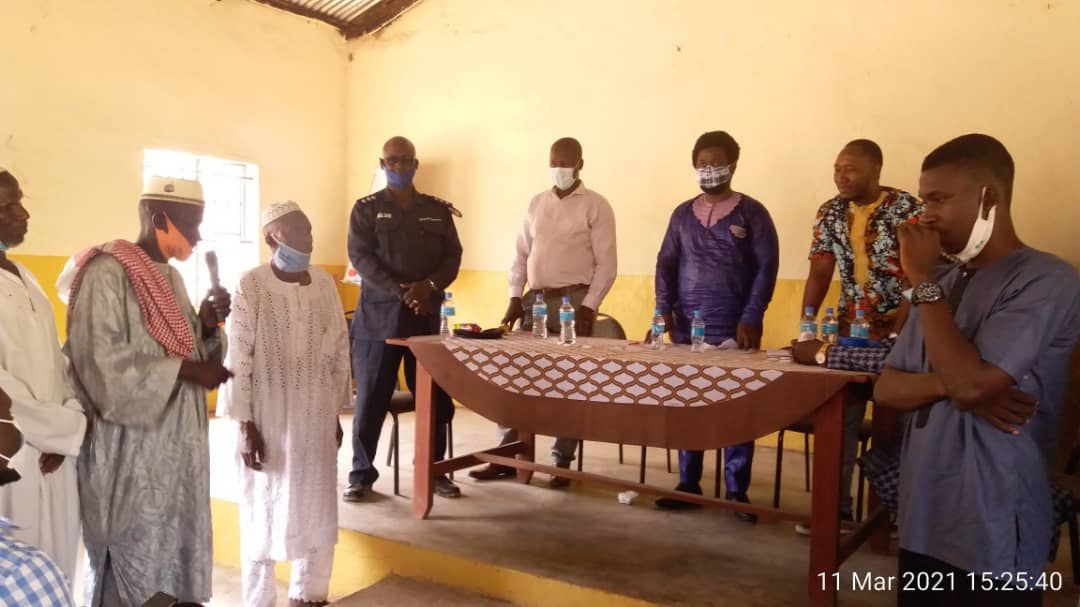