The Commissioner of the Anti-Corruption Commission (ACC) of Sierra Leone, Francis Ben Kaifala Esq. has been named among the 50 Most Influential Global Young Leaders by the Global Initiative for Good Leadership -- a flagship program of the Pan African Youth Foundation that recognizes and celebrates young leaders around the globe whose works are having positive impacts on their countries and holds great promise for solving the World's most persistent problems.

As Commissioner of the Anti-Corruption Commission of Sierra Leone, Francis Ben Kaifala has led the institution  to making it biggest ever strides since its establishment in two decades, which  has attracted enormous Global attention for the country-- for all the right reasons.  This paradigm has accelerated the image cleansing of the country which is now perceived to be one making conscientious anti-corruption efforts the fulcrum and heroic narrative of the New Direction leadership of President Bio. Therefore, his inclusion in this year's hallowed list of other carefully selected prominent young influential leaders from across the world, is a well deserved recognition.

Renowned for his stellar efficacy in leading the charge for African countries to adopt stringent anti-corruption legislations, in his current capacity as President of the Network of Anti-Corruption Institutions in West Africa (NACIWA), Commissioner Kaifala was selected to deliver the keynote address at this year's Virtual Global Leaders Summit held on the 4th- 5th September 2020 on the topic "Leadership & Business Sustainability: Post COVID-19".

Delivering his address to the global conglomeration of young leaders, the Commissioner called for lessons to be learnt from the  effects of COVID-19  - for businesses to be led and not merely run. He stated that many businesses have increased their successes even with COVID-19, because of adaptation and cost savings. That adaptation should make us re-evaluate what we had been used to that COVID-19 has made us realize we can either live or do business without or find cheaper but effective alternatives which may reduce cost and drive profit. These may include heavy overhead costs due to having to always work in an office, travel expenses, office paraphernalia, in-person trainings, rent, etc. He also called for entrepreneurs to reassess what the World or our communities really need as business opportunities and how they are delivered to them. To him, successful businesses are led; not just run. Leadership is key.

This recent recognition as being among the 50 Most Influential Global Young Leaders comes in the wake of his earlier recognition by "AWOL as Sierra Leone's Public Servant of the Year 2019", and his inclusion in the 100 Most Influential Young Africans Award 2019, published in October 2019 by the Africa Youth Awards Organization. 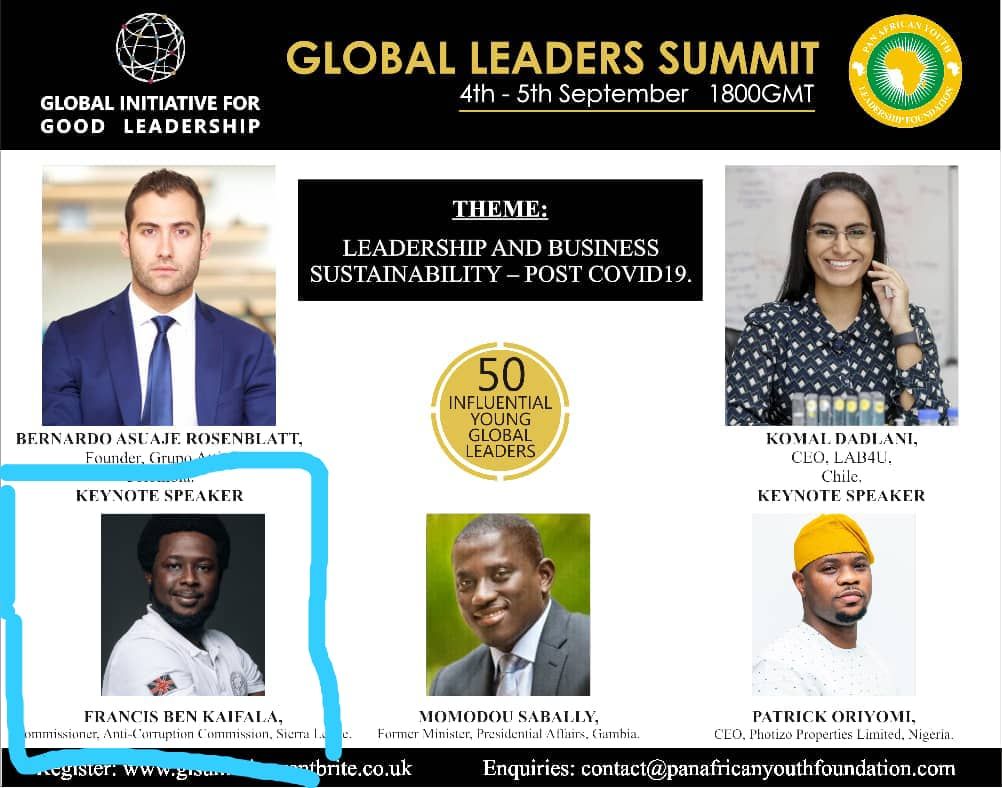 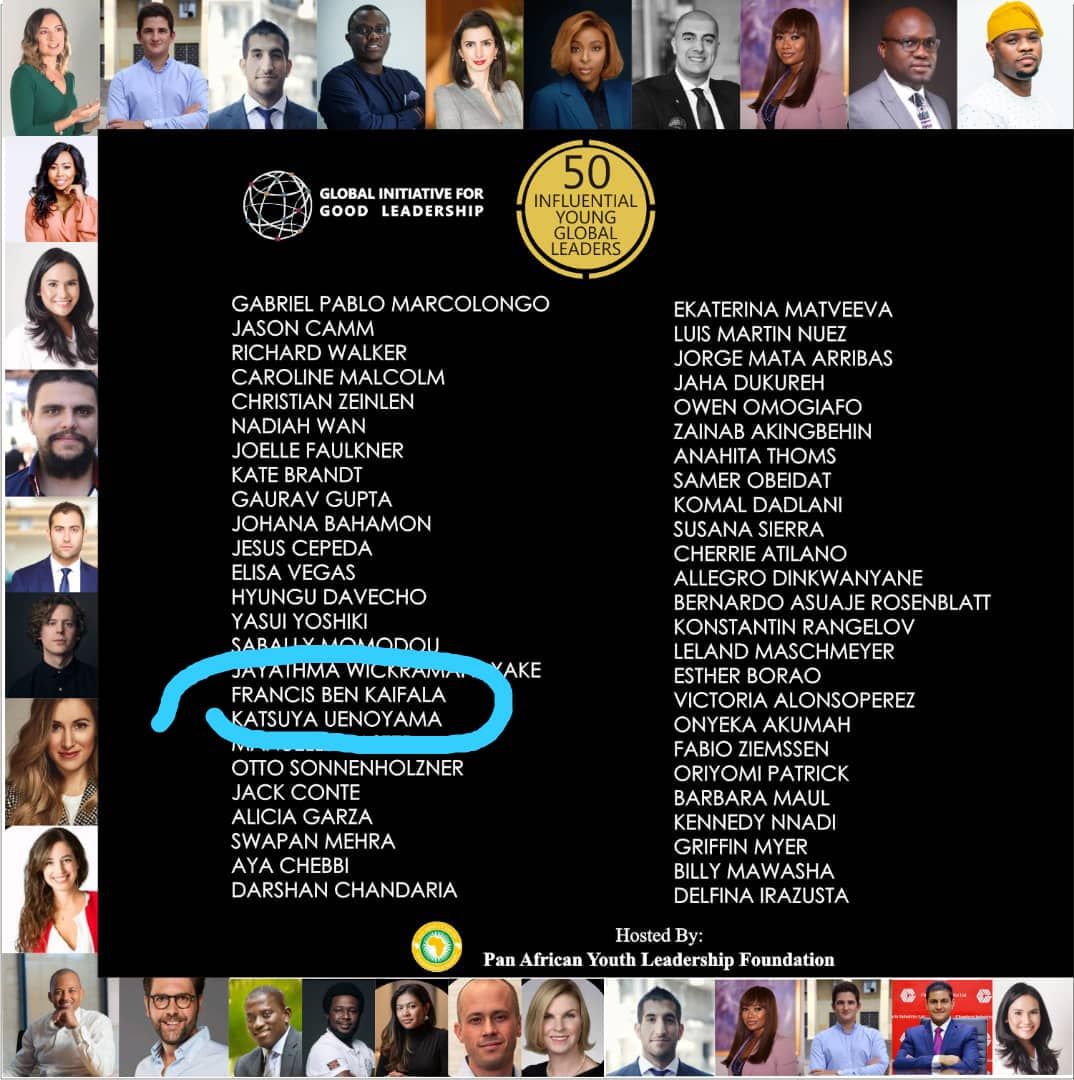 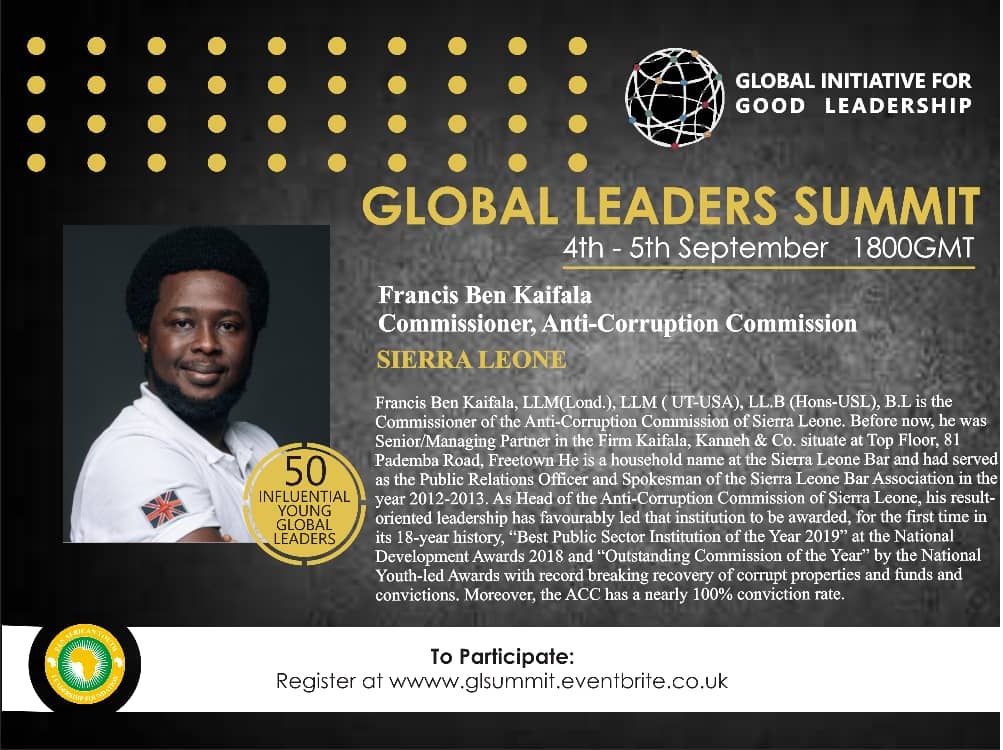 UPDATE ON ACC’s ACTIONS WITH AUDIT REPORTS (No.1)