As the popularization of the Pay No Bribe (PNB) campaign intensifies, the Anti-Corruption Commission (ACC) in partnership with Campaign for Good Governance (CGG), on Saturday 4th March 2017 had a fruitful dialogue with the Russell community in the Western Area Rural, at the Village community center.

In his welcome remarks, the village Headman, Sillah Kamara thanked the team for identifying Russell community in the fight against corruption. He said even though this is the first time that the ACC has visited them, they whole heartedly appreciate the intervention. Kamara assured the Commission of their unflinching support and that they are ready to rid off bribery in their community. He told the residents to listen attentively to the message from the Commission.

Giving an overview of the meeting, Mariama Navo, Communication Officer ACC, said that the purpose of the engagement was to empower the people on the Pay No Bribe (PNB) campaign. She said the PNB was launched in 2014 by H.E Dr. Ernest Bai Koroma with support from the Department of International Development (DFID) and the Government of Sierra Leone as an initiative that allows the people to report incidences of bribery. She noted that the PNB is designed to collect reports on bribery and corruption in five key sectors Education, Electricity, Health and Sanitation, Water and the Police, and provides data on people's experiences of paying bribes, not paying bribes and meeting an honest officer; which will inform the Commission and policy makers towards targeted intervention.

She informed the audience that in line with Government’s commitment to the fight against corruption in these key service delivery areas, the Commission will share the data with MDAs which in turn will use this data to address bribery and corruption through administrative reforms.

In summing up, she called on the audience to resist and report incidences of bribery for basic essential services that they should not pay for.

Speaking on the role of Civil Society Organizations (CSOs), Sahr Kendema, Programme Officer, Campaign for Good Governance (CGG) said bribery and corruption is affecting all of us and is an impediment to the development of the country. He said that the PNB reporting portal is to give citizens the free will to report bribery. Kendema informed the audience that the ACC alone cannot stop bribery even though they have the apparatus that is why they are reaching to communities to enlist their support to put a stop to this menace. “It is only with your support that the Commission will tackle the problem" he emphasized. He displayed the mobile app to the audience and made a demonstration of how to send reports to the Commission.

Questions which were responded to by the ACC and CGG climaxed the engagement.Start writing here... 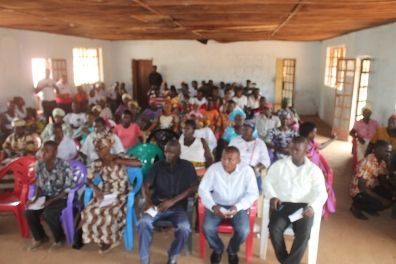 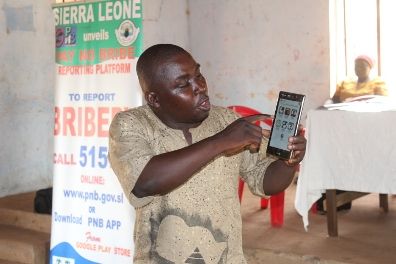 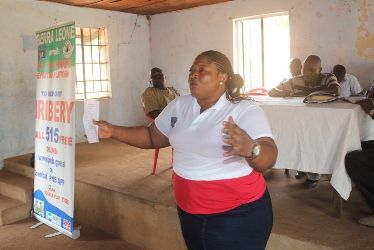