In the 2019 MCC Report, Sierra Leone passed more than 10 of the 20 indicators, including the mandatory “Control of Corruption” indicator. Therefore, Sierra Leone is now “Compact Eligible.” This means Sierra Leone is eligible to benefit from the US Government US$600M (Six Hundred Million United States Dollars) Compact Fund.

The MCC is an initiative of the Government of the United States to provide aid to developing countries to fight widespread poverty through economic growth. The MCC scorecard consists of 20 indicators under three broad categories: “Economic Freedom,” “Ruling Justly,” and “Investing in People.” The ‘Control of Corruption’ Indicator falls under “Ruling Justly” category.

Similarly, Sierra Leone has also scored high in other global and regional anti-corruption rankings. In the Global Corruption Barometer, Sierra Leone ranked 3rd out of 35 African Countries surveyed on “Government’s Effectiveness in the Fight against Corruption.”

In this light, the Commission wishes to reassure the general public of its determination to continue to inject integrity and transparency into State governance.

For further enquiries on this and other ACC matters, please contact MARGARET MURRAY, the Public Relations Officer on +232-78-832131. 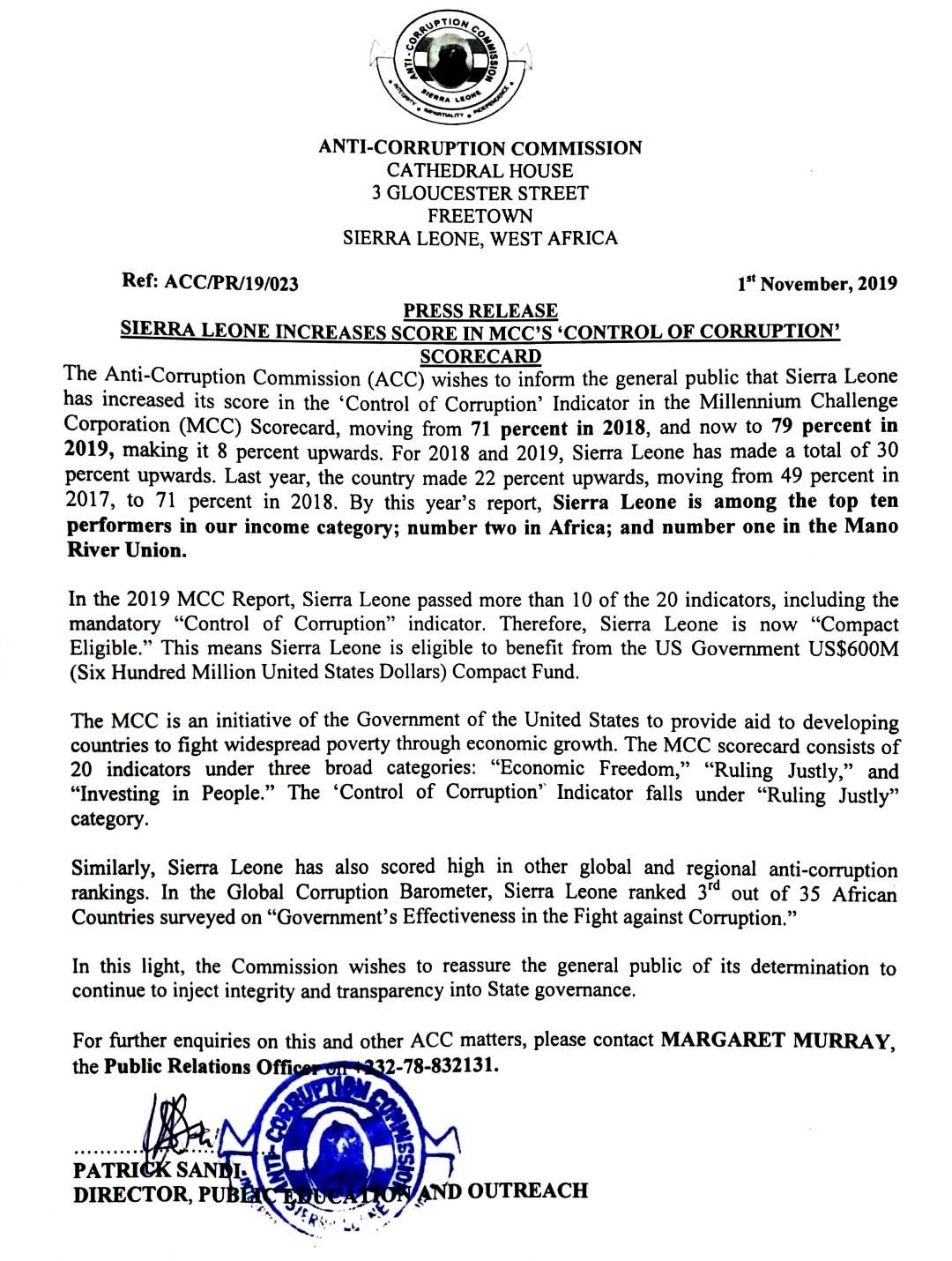