Beneficiaries of the World Bank-supported Social Safety Net (SSN) scheme have hailed the scheme for improving their wellbeing and welcomed the Anti-Corruption Commission (ACC) involvement in the programme. They made the testimonies during awareness raising meetings with beneficiary communities in Bombali and Kono Districts. The meetings were organised by the ACC and supported by UNICEF.

Speaking at one of the meetings held in Samaya Village in the Tambakha Chiefdom, Chair Lady of the women’s group, Binti Alimamy-Bangura, said many of her colleagues were debtors before the introduction of the scheme. She said many of them can now boast of being engaged in various agricultural activities, which are their main sources of income. She said the presence of the ACC has largely contributed to the transparent manner in which the payments are made.

In another meeting held in Kaworokosonah Village in the Magbemba Ndorhahun Chiefdom, a beneficiary of the scheme from Kamawonday Village, Mabinty Kanu, said the cash payments have enabled her to support her children’s education through farming.

Similar sentiments were expressed during the meetings held in Densambadu in the Mafindor Chiefdom, where one of the beneficiaries, Bintu Musa from Koindu praised the ACC involvement, stating that since the payments started no one has ever solicited money from them. She however stated that one of their main challenges is the long distance and bad roads to the payment centres.

Addressing the beneficiaries, Head of Public Education Unit, ACC, Michael Sesay, expressed happiness for the kind sentiments expressed about the scheme. He said the main objective of the scheme is to improve the livelihood of extremely poor people in deprived communities. He said the ACC is handling the Grievance Redress Mechanism (GRM) component of the scheme to discourage acts of extortion, bribery or any other act of corruption. Mr. Sesay said it is the duty of the Commission to ensure transparency in the scheme and bring to book any individual or groups engaged in acts of corruption. He said the Commission has in the past prosecuted individuals for acts of corruption related to the scheme and would not hesitate to do same to anyone engaged in such acts.

Communication Officer, Abubakarr Turay, said it is the duty of every Sierra Leonean to report all suspected acts of corruption to the Commission. He told the beneficiaries of the scheme to call the Commission’s toll free lines 161 (Airtel), 077985985 and 077986986 to report about non-payments, deduction of payments and any other acts of corruption.

A similar meeting was held in Yorgborma Village in the Toli Chiefdom, Kono District.

The meetings were climaxed with the handing over of IEC materials on how to report to the ACC by the Head of the Public Education Unit, Michael Sesay. 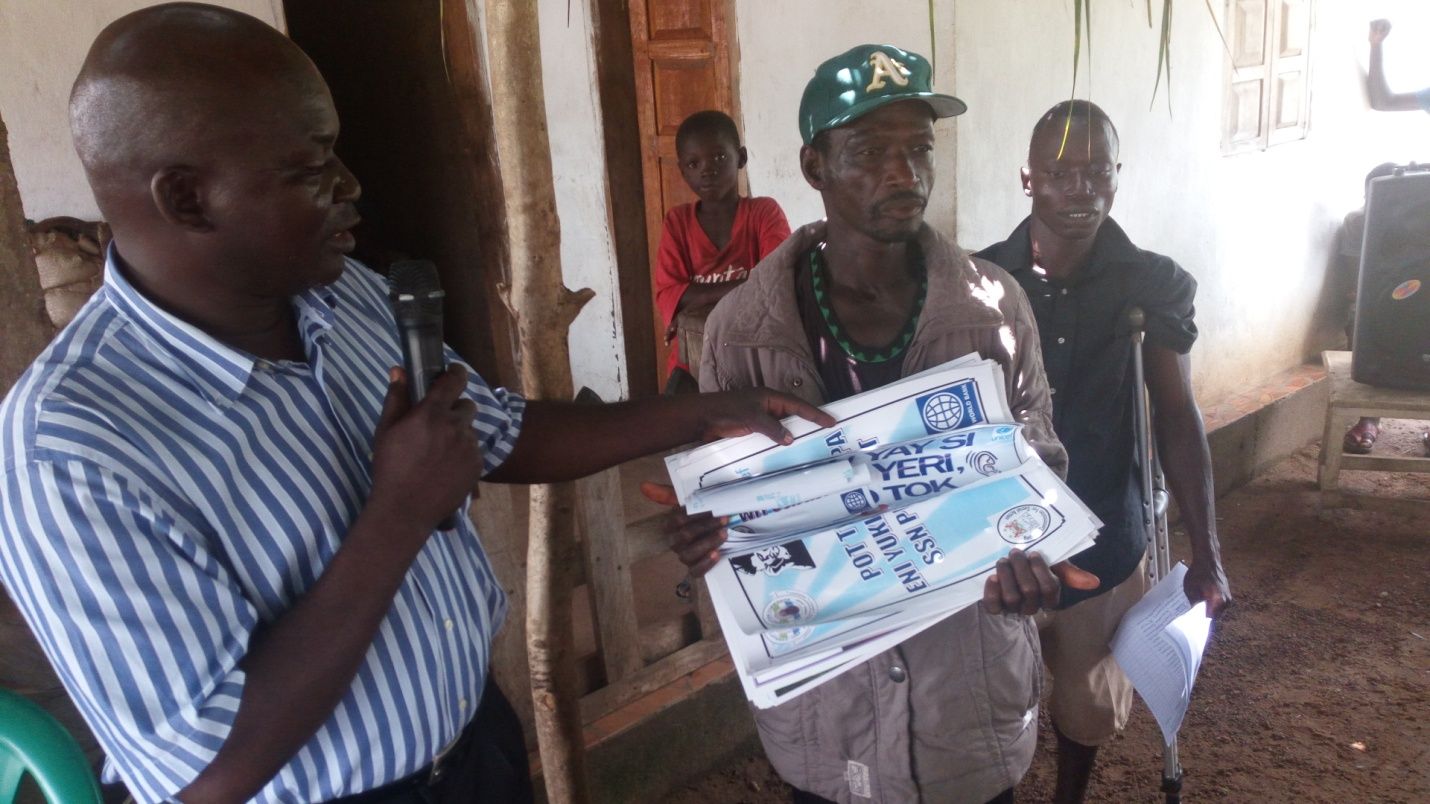 THE IMPACT OF BRIBERY ON NATIONAL DEVELOPMENT