Calvin Tichaona Mantsebo Esq. was born on the 27th July 1962 in Harare, Zimbabwe. He holds a BL (Bachelor of Law) and LLB (Bachelor of Laws) Degrees from the University of Zimbabwe, in 1981-1984.

He obtained a Master in Laws Degree (LLM) in International Criminal Justice and Human Rights, from the University of Dundee, Scotland, United Kingdom-2012-2013.

He joined the Ministry of Justice, Legal and Practitioner Affairs (Attorney-General’s Office) in Zimbabwe from 1985-1992 and was appointed State Counsel in the High Court of Zimbabwe ( Trial Counsel) and the Supreme Court of Zimbabwe (Appeals) in 1987 to 1992. He left public service in 1992, having attained the position of Principal Law Officer.

From 1993 to 1997, Calvin worked with Surgey, Pittman and Kerswell Legal Practitioners in private practice as an Associate.

In 1997 to 2007 he established Mantsebo& Company, Legal Practitioners as Principal Partner.

From 2007 to 2011, Calvin was engaged by the British Council as a Consultant Prosecutor attached to Anti-Corruption Commission (ACC) in Sierra Leone.

Mr. Mantsebo has a major interest in Ancient African History, Pan-Africanism, and African Spirituality. He is an avid reader, especially in Philosophy and Astronomy.

He is married with one daughter. 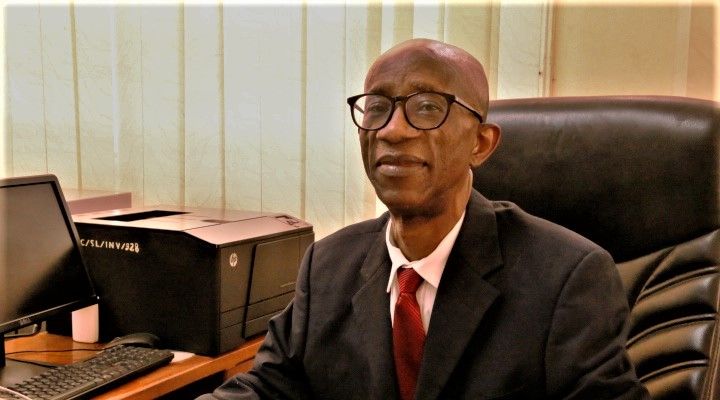