The Commissioner of the Anti-Corruption Commission (ACC) Sierra Leone, Francis Ben Kaifala Esq., has on 6th April 2021 been awarded by the National Students Advocacy Network Njala University Chapter for his commendable work in the fight against corruption. He received this Award at his 3 Gloucester Street Office, Cathedral House, Freetown.

The ACC Commissioner, on receiving the Award said, he was grateful to the group, and appreciates that young people see him as a mentor. He furthered that the easiest way to change society is by having good role models. Commissioner Kaifala also said that the ACC is doing its ultimate best to promote the accountability space in the country. Mr. Kaifala inspired the Network to continue the hard work as students to advocate and preach the anti- corruption messages of to their peers.

Earlier, in his statement at the Award ceremony, the President of the National Students Advocacy Network, Njala Chapter, Samuel Adekale said that, the ACC Commissioner is a distant mentor to them and they fully appreciate his remarkable strides to combat corruption in Sierra Leone. He stated that, the Award is not only in recognition of the Commissioner for his achievements in the fight, but will also serve as a motivation to the Commissioner and his team to continue the tough crusade against corruption. He added that, the Network would be extremely happy to have the Commissioner in the not too distant future deliver a Public Lecture at the Njala University, as they believe that it will help change the mindsets of students on corruption.

Present at the Award ceremony were the Deputy Commissioner, ACC Augustine Foday Ngobie and the Director of Public Education and Outreach, ACC, Patrick Sandi.

It could be recalled that, the Commissioner of the ACC, Francis Ben Kaifala Esq., also very recently (on 23rd February, 2021), was recognized by the United States Government as International Anti-Corruption Champion, for his outstanding commitment to the prevention, exposure and combatting of corruption in Sierra Leone, since his assumption of office as Commissioner in June, 201 following his appointment by His Excellency, President Brigadier (Rtd.) Dr. Julius Maada Bio. 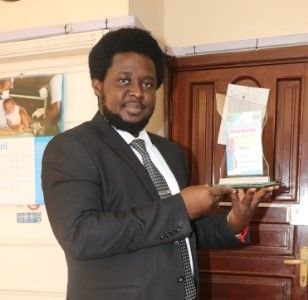 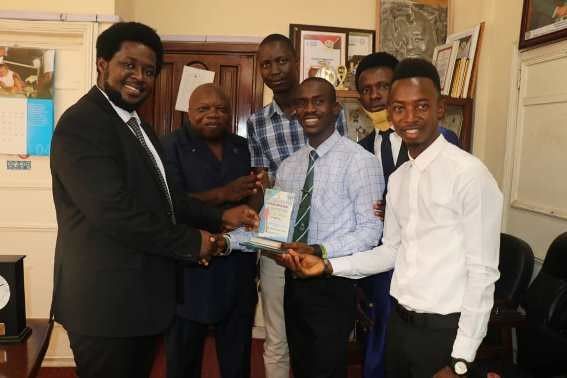 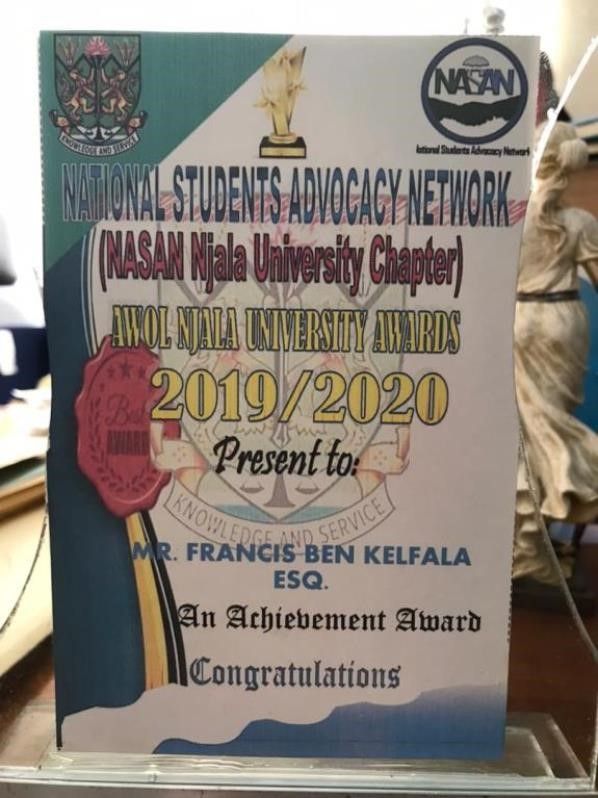