Constructive engagement is one of the strategies employed by the Anti-Corruption Commission (ACC) to promote public accountability measures and ethical practices in public sector institutions. As such, the ACC North-East Regional Office has, on Friday 22nd January 2021, engaged In-Charges of various Peripheral Health Units (PHUs) across Bombali District at the Conference Hall, District Health Management Team (DHMT), Stocco, in Makeni.

In his statement, ACC’s Senior Public Education Officer, Abdulai Saccoh recognized the enduring sacrifice of the health workers in the delivery of primary healthcare to inhabitants of remote communities. Mr. Saccoh reminded them of the nurses’ code of ethics which requires them to prioritize saving lives over unprincipled acts.

He singled out some of the unethical practices often displayed by some health practitioners that have resulted in the loss of lives of citizens suffering from curable diseases. Such unethical behavior has not only breached public trust, but has undermined the country’s prospect to attain Goal Three of the Sustainable Development Goals ‘Good health and well-being’.

The Senior Public Education Officer recounted a number of Government and Donor interventions undertaken to make primary healthcare affordable and accessible, something he said remains to be achieved due to unethical practices in health facilities.

Mr. Saccoh catalogued a number of corruption safeguards that would improve the delivery of primary healthcare such as; sustained monitoring of health facilities, appropriate use of public/donor funds/properties, enforce the use of stock card in handling free healthcare drugs, report cases of theft of drugs and illegal charges for birth delivery and vaccination to the appropriate authority, among others. He concluded by admonishing them to imbibe the values of integrity, selflessness, transparency and accountability in the discharge of their duties.

Addressing the health workers, Public Education Officer, ACC, Abdul Karim Bangura, described the engagement as a platform to educate them on the adverse consequences of corruption, attempt to correct some of the misinformation, misperceptions, and misconceptions about the Commission and enlist their support in the fight against corruption.

Mr. Bangura said, the Commission does not work in isolation but collaboratively with other pillars of integrity to combat the scourge of corruption.

He said, a country’s development aspirations can only be attained when its population is hale and hearty and therefore called on Sierra Leoneans not to continue to be bedfellows with the corrupt whose acts have resulted in misery and lamentation.

Earlier, the Head of Monitoring and Evaluation, District Health Management Team (DHMT), Zainab Conteh, commended the Commission for its strides to improve service delivery in public sector institutions across the country. She appealed to the In-Charges to take ACC messages seriously and support the fight against corruption for the good of all Sierra Leoneans.

The engagement ended with an interactive question-and-answer session. 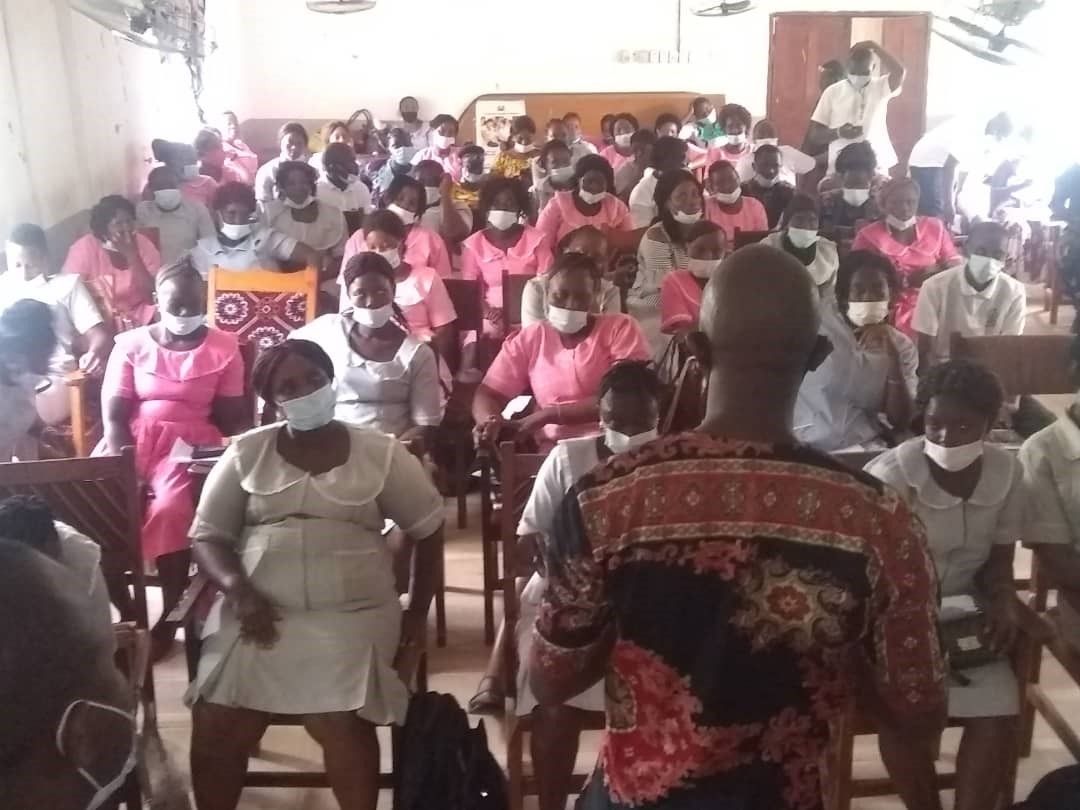