“The maximization of the welfare of our communities can only be realized when we choose to expose rogues who plunder resources that are meant for all of us.” The Section Chief, Bumban Section, Biriwa Chiefdom, Bombali District Chief Yayah Conteh III made this statement at a sensitization meeting organised by the Anti-Corruption Commission (ACC) , North-East Region Office on Friday 15th January 2021.

The Chief pledged, on behalf of his community, to join the ACC in the fight against all types of corruption.

Mr. Saccoh acknowledged the challenges faced by public sector institutions in the delivery of quality social services but cautioned that they should not be used as a pretext to engage in corrupt practices. He admonished residents to demand for more accountability from duty bearers especially in the implementation of social programs that cater for the wellbeing of the public.

The Senior Public Educator said the genuine collective resolve by all to tackle the scourge of corruption can attract direct foreign investment, which can in turn will create job opportunities.

Mr. Saccoh encouraged the community to stand up against acts of corruption such as, to discourage illegal charges in schools, preserve the free health care programme of the Government, and ensure fair dispensation of justice, among others.

The Senior Public Education Officer recounted on some of the Commission’s interventions in addressing accountability issues in the 2015-2018 and 2019 Auditor General’s Report, the CoVID-19 Audit Report 2020, with special reference to the recoveries of over Two Hundred and Fifty Million Leones, repossession of Forty-Seven Laptops and the 65KVA generator donated by the Chinese Government. He appealed to the public to focus on progressive issues and not to dwell on those that will sow discord.

In his statement, Public Education Officer, ACC, Abdul Karim Bangura, said the meeting was intended to share with local functionaries and residents of Bumban some of the unscrupulous practices that continue to entrench hardship on them.

Mr Bangura warned that customs and traditions should not be used as a pretext to extort from the unsuspecting members of the public. He encouraged citizens to demonstrate commitment by reporting the occurrence of corruption through the Commission’s free toll lines of 077986986 and 515 (all networks) and assured them of their protection.

In a similar engagement, the Public Education Team also raised awareness on issues of corruption for the administration, teachers and pupils of Bumban High School.

The Team cautioned teachers to refrain from illegal practices that will undermine the attainment of quality education and advised pupils not to pay bribes for grades, as academic malpractice is a punishable offence under the Anti-Corruption Act 2008 as Amended in 2019. 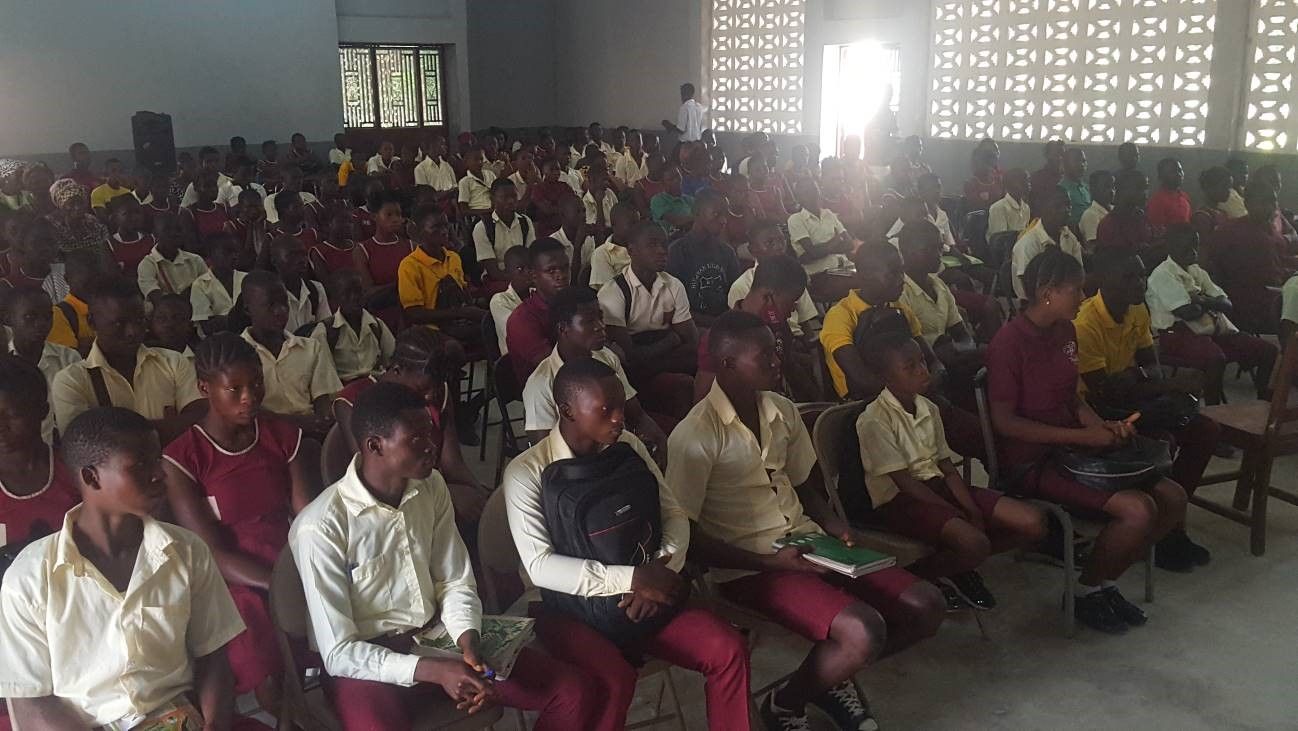