SIERRA LEONE TRAILBLAZE IN LATEST TRANSPARENCY INTERNATIONAL GLOBAL CORRUPTION RANKINGS: AN ASSESSMENT OF THE FORMULA BEHIND THIS REMARKABLE SUCCESS.

Transparency International’s Corruption Perceptions Index (CPI) 2020 has categorized Sierra Leone among the countries that continue to make tremendous progress in their government’s effort to control corruption, especially at a period when the credentials of many governments around the World were dealt a serious blow as a result of unwilling compromises made (which the corrupt exploited) especially in arears of huge procurements in the emergency response to the COVID-19 pandemic by these governments -- and the general uncertain economic climate generated by the global pandemic which overwhelmed even the World’s greatest economies.

According to the particulars of the rankings, Sierra Leone moved two places upwards from 119 in the 2019 rankings to 117 out of 180 countries surveyed in the 2020 rankings; maintaining its current score of 33—which surpasses the average score for developing countries; and ranking above other African countries like Nigeria, Cameroon, Kenya, Niger, Mali and Malawi amongst others.

Transparency International’s Corruption Perceptions Index is an annual survey report that purely reflects the views of expert risk analysts, domestic and international business executives and elites, and financial journalists on the perceived levels of state corruption; not views of the general public. And this year’s ranking, as consistent with other corruption indices, indicates a continuing upward trajectory in the country’s anti-corruption drive, amidst the prevailing challenges.

Corruption has been the biggest obstacle slowing the wheels of sustainable progress in the country, a malaise that imbues every strata of the society, incessantly preventing the actualization of planned national goals; a scandal and scorn to the country’s pride and aspirations which has made guff of our national reputation despite our enormous mineral deposit and obvious potentials. Mindful of this distasteful state of affairs, President Bio took over the leadership of the country with an avowed commitment to herald an end to the unbridled profligacy and unaccountability  of past regimes; and roll back the era of transparent and accountable leadership that Sierra Leone needed so badly. In his address on the occasion of the State Opening of the First Session of the Fifth Parliament of the Republic of Sierra Leone in May 2018, President Bio boldly declared war on corruption.  In June 2018, Francis Ben Kaifala Esq., a 33 year old returning Fulbright scholar and one of the counties brightest legal minds was appointed by President Bio to lead this fight against corruption. Almost three (3) years as Commissioner of the country’s Anti-Corruption Commission, the “People’s Commissioner”) as he has come to be fondly known, continues to strategically lead the institution to groundbreaking heights in the fight against corruption; captured unprecedented international approval ratings; left initial doubters spellbound, and created a huge perceptional shift amongst Sierra Leoneans who now have a very tame and prosaic conception that with the requisite presidential and political will, coupled with a focus-driven and courageous leadership at the ACC, and the support of the critical mass of the citizenry, corruption can be adequately controlled. This has inspired great HOPE in the country.

Under his leadership, the Commission introduced the innovative Non-Conviction Asset Based Recovery which has proven to be a highly effective corruption control tool, facilitating the recovery of funds initially lost to corruption to the staggering tune of about Le26, 800,000, 000.00 (Twenty-Six Billion Eight Hundred Million Leones). In 2019 alone, the total sum of Le 11,290,062,835 (Eleven Billion, Two Hundred and Ninety Million, Sixty-Two Thousand Eight Hundred and Thirty-Five Leones) which represents more than the total sum ever recovered by the ACC in a single year and eclipses the previously highest recovery in 2018 (again under his leadership). These total recoveries within the period of less than two years remain higher than all recoveries ever made by the ACC in its 18 years existence combined before his ascendency into office. President Julius Maada Bio has committed these funds to building the first ever diagnostic centre in the country. Additionally funds have been sourced by government for that project with President Bio already turning the soil for the commencement of the project. That Health Village when completed will be an edifice to our collective efforts as a nation in the fight against corruption.

Also, approach to investigations and trials have been fierce but fair and have covered both members of the past government but significantly the current government including Heads of Departments like the Sierra Leone Maritime Administration, top Civil Servants (Permanent Secretaries and Directors, Ministers (Including the Former Minister of Education and the Deputy Minister in the current government), The Presidency (The State Chief of Protocol to President Bio), etc. In 2020 alone, all 775 incidences of corruption allegation lodged with the commission were pre-scanned for evidence. The Commission has only seen 6 acquittals in court out of 36 charged from 2018 to 2021, thereby ensuring a very high conviction rate to run concurrently with its out-of-court settlement drive.

In March 2019, the Fourth Generational National Anti-Corruption Strategy was crafted and launched by the Rt. Honorable Vice President of Sierra Leone, Dr. Mohammed Juldeh Jalloh, which places enforcement of the Laws in the Anti-Corruption Act at its centre. This strategy is rated very strong and is believed to have the right blueprint for effective corruption control in Sierra Leone.

Additionally, extensive Public Education and Outreach measures have been instituted by the ACC within the past two years to educate the public on the evils of corruption and to enlist the necessary support in the effort to defeat the scourge. In 2018, the globally respected Kenyan Anti-Corruption crusader, Pro. P. L. O Lumumba was invited to commemorate the International Anti-Corruption Day where he delivered a resounding public at the Adjai-Crowther Amphi-theatre at Fourah Bay College on the topic, “Retracing the Athens of West Africa”. All of these intensive public education activities have helped in pushing public confidence in the commission to the highest level ever. A new Public Relations Unit was also created within the Department of Public Education and Outreach to increase engagement with the public.

Cognizant of proactive approach to corruption fight being the bedrock to a successful anti-corruption campaign, a new Prevention Department has being created to replace the former Systems and Processes Review Department, with strengthened and widened mandate to do extensive corruption risk assessments and purge out incentives and opportunities for corruption within the public service in Sierra Leone; make recommendations and enforce them where necessary. Over 10 MDA’s were reviewed in 2019 alone. The Review of Practices and Procedures of 5 other MDA’s is currently ongoing with a view to maintain transparency at a higher level.

The reformative agenda of the young Commissioner followed the blue print laid by President Bio in his New Direction Manifesto. Monumental successes have been achieved to this end leading to the establishment of the Special Anti-Corruption Division in the High Court by the Honorable Chief Justice Desmond Babatunde Edwards. As part of that commitment, the Special Anti-Corruption Court, with state-of-the-art paraphernalia and resources, is now open to try corruption cases and five dedicated judges have been designated by the Honourable Chief Justice to hear and speedily dispose of corruption cases. The result has seen cases that hitherto would take two years to complete being completed in 3 to 6 months.

This period has also seen the country make one of the most significant anti-corruption legal and regulatory policy reforms in Africa, the 2019 Anti-Corruption Amendment Act, which contains some of the most radical reforms aimed at making corruption a high risk and low return venture.

The proposal of stringent and revolutionary, but highly progressive amendments to the existing 2008 Anti-Corruption Act; and the role of the Sierra Leone Parliament in passing the 2019 Anti-Corruption Amendment Act, almost unscathed; coupled with the Presidential Assent given to the Bill by President Julius Maada Bio was a giant step in the right direction towards corruption control and demonstrated an uncommon resolve and commitment towards the fight against graft.

In a country where emotional discussions often replace objective analysis, people tend to oppose the fight against corruption where it goes against their entrenched interests; mostly casting aspersions of political witch-hunt as the object of the fight. Whilst this may have had merit before, justifying corrupt practices, based on petty considerations, undermines the very fight. Instead of focusing on “who” is involved, we should focus on “what” is involved. And for whatever penny of public money that is missing, a citizen in Segbwema in Kailahun is deprived of quality education or a citizen in Binkolo in Bombali District might end up losing his life due to lack of adequate health facilities. So the effects of corruption knows no boundary. Every citizen must therefore make it a personal responsibility to join and support the fight against corruption. In the process criticisms are welcomed, but they should be done in the true spirit of patriotism; and not cynical in nature.

Also, to claim that progress is not being made because we continue to see repetitive acts of corruption by public servants, is a logically impaired notion for one to have. Corruption which is fueled by greed is a human phenomenon and will continue to be with us forever. That is why in developing countries like ours where this phenomenon has sadly, become the accepted norm, the actual measure of progress against it is NOT based on the sudden or magical disappearance of corrupt practices in the management of public resources. Actual progress is measured by the sufficient steps taken as a response to those corrupt acts when they occur. It is that consistent approach to ‘’fiercely’’ but “fairly” respond to corrupt practices when they occur like we currently see in Sierra Leone, that is responsible for the massive strides the country is making in the fight against corruption as evident from all recent corruption indices-- especially this recent, unprecedented endorsement of our national efforts in the fight against corruption by the world’s leading global civil society watchdog on the global fight against corruption, Transparency International.

In a study conducted by the Organization for Economic Co-operation and Development Centre (OECDC) and the UN Development Program, “the level of corruption prevalent in any country, and steps taken to address the anomaly is closely linked to the type of government involved.” Thus, the country’s groundbreaking progress made in the fight against corruption, as evident from both national and international indices, surveys and accolades, is a testament to the remarkable degree of political will directed at tackling the scourge; coupled with the focus-driven leadership provided by Francis Ben Kaifala at the ACC and the overwhelming support to the fight against corruption by the critical mass of the citizens.

In all, one can come to a logical conclusion that Sierra Leone’s war on corruption that was declared by President Julius Maada Bio which has achieved tremendous successes, as evident from the massive national and international endorsements—culminating to the award of a $400M - $600M MCC grant by the United States of America in its MCC program—has now firmly placed the country on an irreversible path towards sustainable progress. And the revolutionary leadership of Francis Ben Kaifala Esq. that has been sustained amidst all odds, by the great support from his entire team at the ACC, other well-meaning Sierra Leoneans, the President and government, and local and international partners, in his Radical Transparency Drive; is at the centre of that wonderful transformation currently taking place in Sierra Leone. 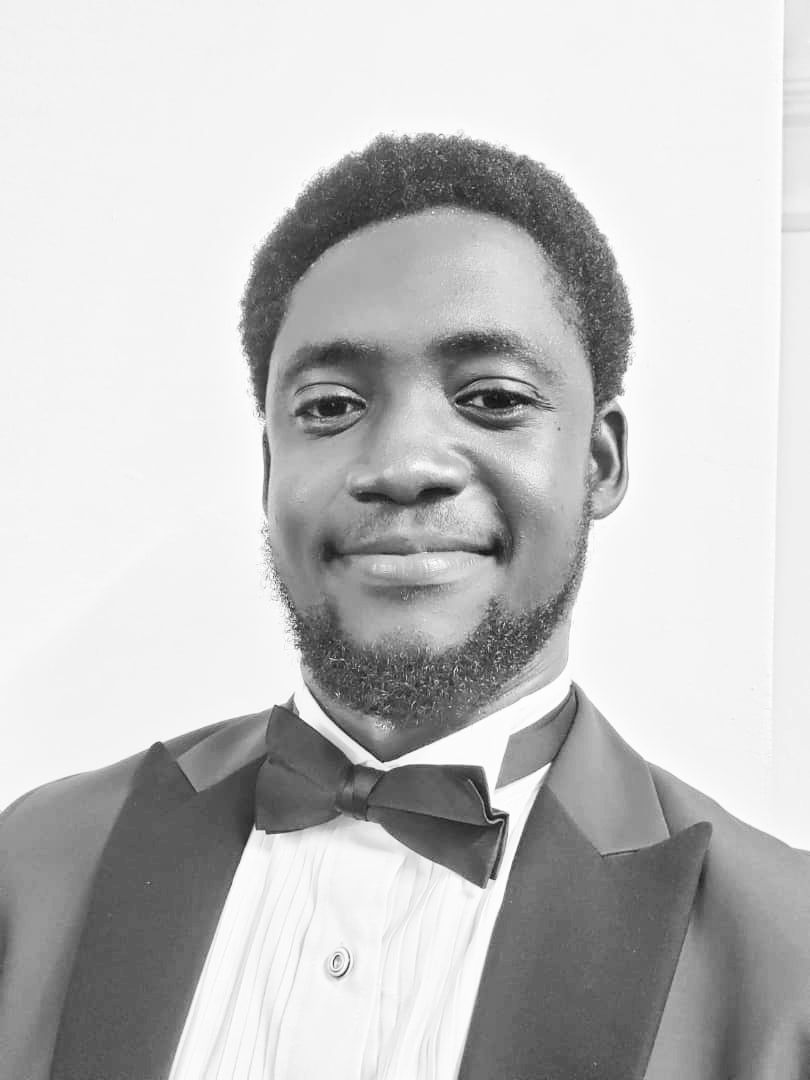